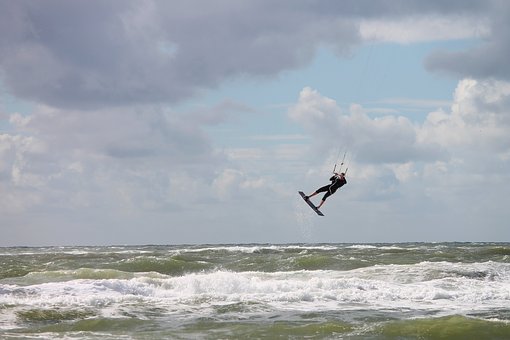 Surfing in Australia: the Batavia Coast

Surfing in Australia has never been so easy! North Perth is one of the harshest environments Australia can offer you. The deserts of Gibson and The Great Sandy conspire with the dangerous coastline to remind the traveler of their human frailties. Batavia now attracts surfers who aren’t afraid of challenges. Geraldton and Kalbarri form twin outposts of civilization and they are 500km from the capital, where a large crew of locals ride epic and often offshore reefs. The area starts on the south of Geraldton with long lefts at Port Denison and a mix of rock and sand at Headbutts and Flat Rocks . Geraldton is known as the shrimp capital and its existence is based on fishing. Most of fishermen are surfers who have enough strenght to row towards the external reefs (which are often about 20 minutes away from the coast). Hell’s Gate works in all tides and often sends powerful left reefs that break 1km(0,6mi) out in front of Point Moore Lighthouse. Whenever conditions are not suitable on that reef, locals usually surf the spots from Back Beach to Tarcoola. There are great breaks on the north of the peninsula such as Sunset Beach. Chapman River is rarely crowded, despite the quality of its lefts, as locals prefer to ride the fast waves of Drummonds , especially at high tide and with large swells. Further North, Coronation, which is 5km from the Northeast Highway that runs along the coastline, offers some fun and popular beachbreaks for windsurfing. Bowers River, near Northampoton, is a great place to camp for a few days, it’s rather steady and the mix of sand and reefbreak isn’t that bad. Kalbarri, nestled at the mouth of the Murchinson River, has become a popular holiday resort. Only 3km(1,8mi) south of the country, there is Jakes , the power of the pure gem of the Indian Ocean with lefts waves up to 16ft and breaking over 200m(0,1mi) in length. If you can handle this drop and the pressure of the locals, you will enjoy lots of tubes. With smaller swells and northeastern winds, Blue Holes will produce great right-hand waves. Further north, The Gascoyne Region offers cleaner waves. These wild spots, such as Red Cliff, Turtles and Gnaraloo , are located between Carnavon and Exmouth. North of this latter begins “The Coral Coast”, which is set away from the southwestern waves and it is subject to very extreme tides. For a greater adventure, you should rent a boat and experience the dangerous waters of Houtman Abrolhos Islands , which lie about 40km outside Geraldton, offers supertubes and some unspoiled spots. The west and southwest coasts of Botavia are well exposed to the Roaring Forties and they receive the same swells as Indonesia. Expect many swells measuring 3-20ft. The best season for surfing is in the middle of winter, when the biggest waves hit the coves of the Northwest front with cross and offshore winds from the South and the Southwest. Flat sea days in exposed places are rare and wind is the key element. Southern winds are the dominant ones and vary from 64% (in January) to 14% (in June). Most of the summer (from October to May) is characterized by gusty winds that blow incessantly for weeks: a perfect spot for sailing boats. During the winter, the wind is weaker, with perfect offshore from East and Northeast. The tide is variable, in spring it doesn’t exceed 6ft but becomes dramatic as you move further north.

How to get there: Everyone needs a valid visa (except New Zealand), usually released on arrival. There are two airlines each week from Perth to Kalbarri that cost around $ 90. Geraldton has more flights. Driving a car takes about 6h. You can also reach this area with the direct Westrail bus ($ 35 / ow) or the one that passes through Ajana. Boarding fees: $ 18.

Getting around: To reach many spots you need a 4WD with all the supplies. The driving speed must be low as there could be animals on the road.

Accommodation and Food: Kalbarri is a popular resort and it fills up quickly during the holidays. There are all types of accommodations: resorts ($ 35 per double), B & Bs (Seafront Villas $ 35 per double), Motels ( $ 25) and backpackers ($ 8 per night). A full meal costs around $ 6. Shrimp are delicious and cheap.

Climate: The climate in the central part of the west coast is semi-arid and it’s a mix between the climate of cyclonic monsoons of rain in the North and the cold fronts around Margaret River in the South. In the desert areas, the difference between the temperature during the day and the night can be extreme, up to 30 degrees. Bring warm clothes and stay hydrated. These conditions are normal in the summer, but it isn’t the best season for surfing. In winter, some small rain may fall during the night but most of days it’s sunny, not too hot and windy. The water varies from 18-21 ° C so with a short 3/2 mm wetsuit you can surf safely all year round.

Nature and Culture: Murchinson River and The Rainbow Jungle in Kalbarri are interesting to visit. Swim with the dolphins, go to Monkey Mia (4h to the North). Don’t miss the museum in Geraldton.

Dangers and Annoyances: Despite the abundant marine wildlife, reefs are sharp and powerful waves are dangerous. Be fully prepared for desert survival. Here there will be lots of snakes and insects. The population density is low but there are a lot of hardcore surfers, so be modest. If the locals aren’t surfing the best spots, well, there is something wrong.

Tips: There are three shops in Geraldton and only one in Kambarri. For those not used to surviving in rather difficult conditions, it is recommended to book guided surf tours with experts, such as the Surfing Safari in Rockingham (Perth).