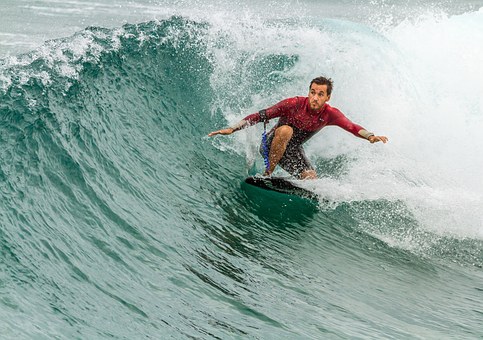 If you are dreaming of surfing in Australia,  try Cactus, a Southern gem!

The Australian hinterland is mostly desert while the coastline, which is more exposed to oceanic influences, is full of vegetation, except the North West coast (Western Australia) and the Great Australian Bright Coast (South Australia), where surfers can find great waves in Cactus. This spot is located below the Great Victoria Desert between the Eye Peninsula and the endless Nullarbor Eyre. Despite its isolation, this is the ideal destination for hardcore surfers. Most surfers from Adelaide can’t resist to the call of the desert, but they rarely go further than the Eyre Peninsula. Join us for this surf break in Australia!

The southest spot is Witzig’s, which is a powerful left. On the North side of the bay there is the right-hand Backdoors , where peaks are difficult, in fact there aren’t many locals, but it’s the favourite choice of travelers. Cactus bay has four other spots, one of these is Cunns , with steady lefts and mid tides. It is a great place to discover if Cactus is too crowded. Cactus is unusually the only threatening wave in the area as the lefts usually offer a simple entrance with nice tube sessions. Here locals will be surfing for more breaks, unless it’s a good day with big swells in mid-low tide. In the middle of the bay there is Castles, a spot known for its power and the numerous sharks. On the other side of the canal there is Caves , with wonderful rights: it’s the favourite spots of locals and the best in the whole area. With offshore mornings and great waves, it could become a reeling world-class. Caves also prefers low tides with Northeastern offshore wind. You have also to consider the localism, as guys have settled down here purely to surf this spot and they enforce strict laws about wave priority. On the other side of the small peninsula there are two other spots, with shallow coral reefs, rarely ridden: Cruchers is the left and Supertubes is the right. Low pressure systems in South Australia in the winter generally hit the coast in the eastern part of the state. The wave exposure in winter is up to 6-13ft, but they are often messed up by Southwestern onshore winds. Summer offers steady waves but the winds are not constant. Mornings are often offshore (from Northeast) while afternoons are characterized by onshore sea breezes. The early winter months are better than the last. Winds can get very strong and they could create good conditions for sailing boats but not good for surfing. The range of tide variation is high and it influences the quality of waves.

How to get there : Everyone needs a valid visa except travellers coming from New Zealand. Sydney is about a 2 hour flight but It can also be reached by train and bus. It is 800km from Adelaide, via Ceduna and Penong. There is no bus from Perth to Cactus.

Getting around: Although you could reach Cactus without 4Wd, be sure to have a full tank of gasoline, extra tires and replacement parts. The spots are close to each other, but be careful where you walk.

Accommodation and food : Camping only. The camp where you can camp is private property of Foreshore Park and it costs $ 3 per day. There is no electricity and no luxury except for a small shop that sells essential things. Bring everything you need with you, including water.

Climate : The climate is harsh and always hot during the afternoons, summers are muggy and mornings are quiet, especially during the winter when you will need warm clothes for the night. Due to currents the water temperature doesn’t exceed 14 degrees, which could be bizarre as the summer temperatures sometimes reach 40 degrees. Bring a very thick wetsuit.

Nature and culture : There is nothing interesting in this area except dust, shiny ponds with salty waters, and flies you can’t escape from (except when surfing).

Dangers and annoyances : The shark danger factor has always been high (numerous attacks have occurred), which is why the lineups and the camping areas have recently been empty. Flies can get really annoying but they’re not as bad as snakes, which are deadly.

Tips : Cactus is not a spot for weaker hearts, so be prepared for an experience in the desert. Bring lots of boards and winter wetsuits. 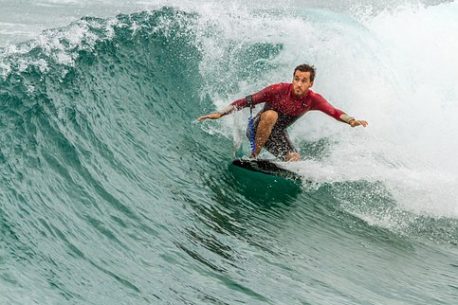