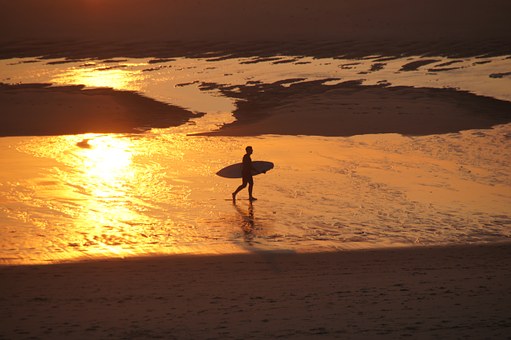 Venezuela is one of those places that is hardly associated with a destination suitable for surfing, but in reality between Isla Margarita and the ferrous land there are numerous quality waves that are worth surfing. Along the coast there are many sea cliffs that are interspersed with right-hand pointbreaks, such as Los Caracas, one of the most popular beaches located just 2 hours east of the city of Caracas, where a wave called by the locals El Rio breaks. Anare may not be the perfect wave but nevertheless, even if small, it is consistent and fun and moreover it is located in a small town facing the sea full of good hotels, restaurants and where there is a shaper called Prisma. Punta Care is a long right-hand pointbreak, which gets really nice when the swells are over 4ft (it might get crowded though). Fido Point offers a shorter wave than the previous one but certainly faster and more massive; in this spot the locals may not be very kind with strangers. Playa Pantaleta is the only beach with lifeguard on Sundays, which offers consistent beachbreak waves that hold up even the biggest swells. Otro Pais (also called Paraiso) is a perfect wave during the thickest sea days. The spot is a right, fast and powerful pointbreak that on the best days also offers some tubing sections; the strong current and difficult access to the water require a long row before reaching the line up. Carmen D’Uria is a good right, also visible from the highway that runs along the coast, but it is rarely surfed due to the difficulty of parking in the area: the spot is close to the favelas. Purto Azul is a further right point but this too is not very popular due to the area not very recommendable. Los Cocos is a well-known spot and it offers very funny lefts rolling out near a pier; expect a lot of people and some pollution. Tanaguarema (or Boca Del Rio) is a right wave on rock, fast but rather dangerous as the seafloor is shallow, but unfortunately it rarely works. The next spot, just north of the airport, is a fickle right that breaks near a pier and it is called Playita. The wave of Mamo right is located near the Officer’s Club and it can be very long; the only problem is that to reach it you have to park outside the private area and row for more than 10 minutes. One of the best beachbreaks in Venezuela is undoubtedly Cuyagua, where the wave that breaks close to the rivermouth holds consistent measures keeping the wave clean and fast (not crowded during the week). On the way to Cuyagua, check out El Playon. Leave with us for Venezuela, challenge all the surf spots in Caracas!

The venturi effect due to the mountainous coast slightly increases the power of the ENE wind coming from the Caribbean and brings with it swells from 2-6 ft in the period between November and March. During the summer, the direction of the wind and swells change a bit and start from E; this rotation results in a decrease in the size of the swells. The period of late summer often brings swells caused by hurricanes coming from the north (usually due to storms blocking the Caribbean Sea), which offer epic conditions with sea above 8-10 feet. Winds are usually light in the early morning and waves are small; everything is improving in the afternoon thanks to the increase and perseverance of the wind.

How to get there: A 90 day visa is automatically issued upon arrival. Caracas (CCS) is well connected to the Americas and Europe. Simon Bolivar Airport is a bit of a walk from the city of Caracas but is close to many spots. There are also boats that arrive weekly from Trinidad. Boarding fees are approximately $ 35.

How to get around: Venezuela is the state where oil and its derivatives cost less ($ 0.05 per liter) but at the same time the one with the highest car rental prices. Expect to pay $ 80 to rent a car for a day. Car theft and accidents are very common so you will also need insurance.

Accommodation and food: There are numerous luxury hotels in Naiguata or La Guaira, where a room will cost you around $ 50-80 per day. In Playa Anare you will find a resort called Vila Anare where a double room costs around $ 40. Near Cuyagua there are posadas (such as Dona meche or Cuyagua Mar) which cost around $ 25 per double room.

Climate: Caracas is characterized by a subtropical climate due to its proximity to the sea. Average annual temperatures are around 25-27 ° C and they vary little from season to season. The coldest month is January and the hottest May. The dry season runs from December to April, while the rainy season runs from May to November. The rains are often frequent but last about an hour and end.

Nature and Culture : Music and cars on the beaches are just part of the beach nightlife that you can find. The coast is full of mountains overlooking the ocean that offer breathtaking scenery.

Dangers and annoyances: After the landslides of 1999, thefts and muggings began to increase. Don’t park or walk around Naiguata, La Guaira and Maiquetia at night. The best way to get around quietly and avoid the most dangerous areas is to be accompanied by some guide or someone who knows the city.

Practical advice: There are numerous shapers (such as Bachaco, Prisma and Kannibal) that produce great boards for around $ 350, but they are not very easy to find. The surf shops in the city are not many and too well stocked. The period of Carnival, Christmas and Easter week can be very busy, both in hotel and flight bookings. 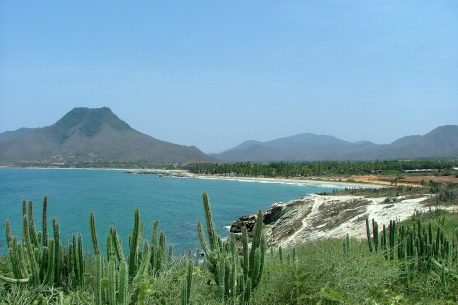 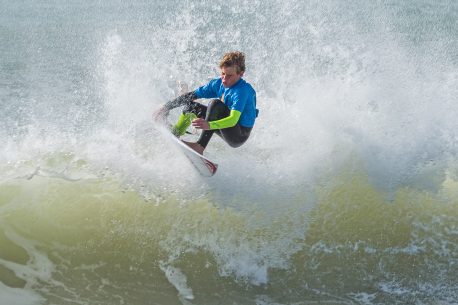