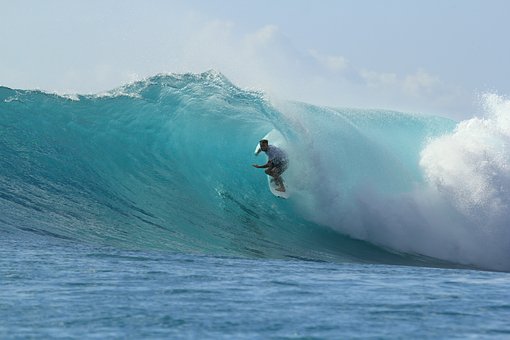 Surf holiday in Fukuoka: breathtaking waves and a joyful and vibrant city!

Fukuoka is located on the northwest coast of Kyushu, the most western island of Japan. Its coast overlooks the Genkai Sea, a small body of water in the southwestern tip of the Sea of Japan. Collecting swells that come from the Sea of Japan, this small swell spot stands out from the most northern areas by warm water, small crowds, and it offers visitors a true taste of the Japanese surfing experience. During the winter when the other nearby breaks are not working, the Waita beachbreak can be a great option. Near the Tominohana lighthouse there is Iwaya , a funny spot, often used for contests as it is equipped with all the comforts such as parking, toilets and showers. Same handles NE winds and receives larger waves than the nearbyIwaya, but still remains a spot suitable for beginners. Beyond the Onga River, there is another beachbreak in Shiorigawa –Kakou . Although the waves are a bit weaker, this long and shallow beach breaks into a clean world even with small swells from west and northeast. Hatsu-Gyokou sends small right with SW winds: although the sea is never too rough, be careful to the undertow at high tide. The most important meeting place in Fukuoka prefecture is the Kanezaki beachbreak , offering tubing lefts and rights at the end of each beach. This spot has constant waves all winter and it is usually bigger than the other spots. Fukuoka’s surfers often check out Tsuri before heading towards Kanezaki. Although Tsurigawa-Kakou is usually much smaller, some decent waves can be found here when the sandbars are good. Close to Tougou Park and the Kitakyushu hospital, Tsuyazak is an erratic right pointbreak which offer quality waves, cooing from the take off, and sometimes over 100m (328ft) in length. Near the port of Shingu , on the left side of the beach, in front of the rivermouth, there is a long and funny left point that breaks near a seawall. Between the four concrete bricks, there is a right and a left peak. The left is usually smaller but much faster than the long right. Mitoma is a typical beachbreak with prosperous scenery and many surf shops. Being popular, it is often crowded. Normally it sends very easy rights and lefts and it’s perfect for beginners, but when it gets bigger it is more suitable for experts. Shika-No-Shima Island hosts three beachbreaks for all skill levels, but, being often close-out, it is more ideal for windsurfing. The main attraction is the reefbreak on the east side. Heading south, in addition to the left pipes of Nishi-No-Ura, you find Mitami-Ga-Ura , often used for competitions. The beachbreaks here are usually slow but as the size increases the waves become more powerful. Oguchi Bay offers good rights (right next to the rocks), with the addition of funny beachbreaks. When they get bigger the rights offer long rides but be careful at low tide as the rocks emerge. The last spot is Keya , the spot that holds the largest waves in the area. It is a constant spot compared to Mitami-gu-ura and its waves are more powerful. Get ready for your surf holiday in Fukuoka! The best seasons for Fukuoka are winter and autumn (September to March). You may also find good waves in the summer if a typhoon comes to the northwest (they usually go to northeast). Autumn is the season in which the surf is constant, and it is preferred over winter as the Japanese winter is cold, windy, and with occasional snowfalls. Compared to the Sea of Japan coastline on the main island of Honshu, it is relatively warm. The tides are semi diurnal and they rarely exceed 4ft.

How to get there : A visa isn’t required for less than 90 days. There are flights from all over Southeast Asia and connections to South Korea, China, Taiwan and Hong Kong. There is a ferry to and from Busan in South Korea. Hakata Station connects Fukuoka to the Shinkasen high-speed rail lines.

Getting around : Renting a car will cost you around $ 300 per week at Tacoo Travel. The efficient public transport of Fukuoka allows you to arrive by train in the breaks on the north of the city: from Shika-no-sima to Tsuyazaki. For breaks on the west coast between Nishinoura in Kenya, take the Chikuzen railway line to Imajuku and then the bus. You could also take the bus to reach the  most northern break points between Tsurigawa and Waita.

Accommodation and Food : Centrally located, the Khaosan Int’l Hotel in Fukuoa is suitable for travelers and it’s cheap. There is a very quiet campsite on Nokonoshima Island, near the Keya and Iwaya breaks. Try the mentaiko codroe (fish eggs with spices) or hakata Ramen (a pork-bone tonkotsu broth).

The climate : Fukuoka has a moderate climate with hot and humid summers (in August temperatures exceed 30 ° C), and rainy winters with temperatures that rarely drop below 0 ° C and it only occasionally snows. Spring is hot and very sunny; autumn, which is considered the best season to get in these areas, is temperate and dry. The rainy season lasts approximately 6 weeks (between June and July) while the typhoon season is roughly between August and September. We recommend the use of a 3 / 2mm long wetsuit in the period from November to April and boardshorts or a summer wetsuit for the rest of the year.

Nature and Culture : Visit Dazaifu, the old capital of Kyushu where you will understand the differences between the Buddhist and Shinto styles. For modern attractions, go to Robosquare near the Fukuoka tower. Don’t miss the largest basalt cave of Japan and Uminonakamishi Marine Park.

Dangers and Nuisances : Watch out for  jellyfish in winter, late summer and early fall. Fukuoka surfers have a reputation for being unfriendly and they can get territorial when the waves get nice, so always remember to be respectful and wait your turn in the line-up.

Practical advice: There are many surf shops around but the equipment is expensive. Better bring your own board. Most of the road signs are in English, but if you don’t speak Japanese at all, it could be difficult finding your way. 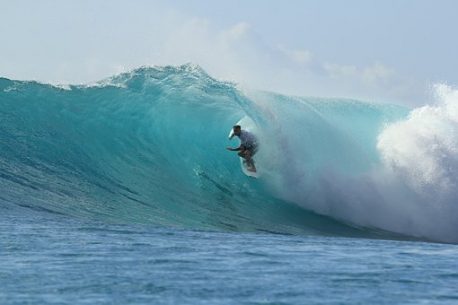