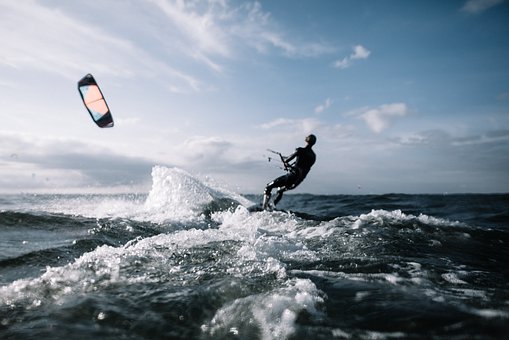 Surfing holiday in China: ride the waves of Hainan with us!

Hainan, the second largest of the Chinese islands after Taiwan, stretches over 1,500km (930mi) of coastline into the South China Sea. Hainan is considered as the perfect tropical holiday destination, attracting around 10 million Chinese tourists every year. Regarding surf potential, the coastal area is still relatively unexplored, with hundreds of beaches and points. A great place for your surfing holiday in China!

Long stretches of sand are divided by occasional headlands with a backdrop of volcanic mountains. The pointbreaks, which have been ridden by Australian and Japanese surfers for decades, are generally characterized by long and mellow lefts. Between Haikou and Sanya, there are about 320km(200mi) of expressway that runs along the coast. Once off this great route, the road network is poor, so exploring is time-consuming. The NE coast of Hainan, around Wenchang, is hard to access. Tonggu Ridge is an area more suitable for sightseeing than for surfing, but some rough waves can be found on the islet in the rivermouth in Moon Bay . Getting to Buddha Beach is a challenge but the 50ft statue gives a unique feel to the place. Like the next spot south, Dao Ao Bay , Buddha Beach is generally surfed on typhoon swells in SW winds, as the NE monsoon is always onshore. Further south, Da Hua Jaio breaks near a military camp with similar NE conditions. Perhaps it is worth checking out the spots around Wanning, such as Xing Tan Wan , a beach exposed to swells from different directions but with hard access. Further south, the east side  of the coast curves in the ESE direction and the probabilities of steady and offshore conditions increase. Rivermouth Bridge can produce great quality rights. The next 3 bays Shimei Wan, Rihue Bay and Xiangshui Bay have more surf potential. Golf 14 is a long, quiet left that breaks near a golf course. This point is often frequented by longboarders. At Keni Rock , powerful lefts at high tide roll out near the coast and the tourist lookout provides good access. Kame Rock is a beachbreak that sends mostly right-handed waves, while Yarakawa is the most consistent wave in this area. The latter can offer, at low-medium tide, a left with a backwashing take-off and very fast and steep sections. If the swell is solid, head towards Rihue Bay for some beachbreaks and Yab-Js . This long left point breaks above a seafloor of mussels encrusted on the rock: it is also possible to take some pipes on the best days. From Niuling Bay it is possible to take the ferry towards Wuzhizou Island, where good lefts break near the channel. If the wind blows from the north east, Abalone Farm offers lefts sheltered from the wind and hidden in the cove. In Sandalwood we find a good beachbreak that is easy to access from the freeway. Further south, near Sanya and Yalong Bay, West Beach works with SW swells. Unfortunately, the access has not yet been built. There are two main surfing seasons in Hainan. The typhoon season runs from August to October while the NE monsoon extends from November to March. November is the best month producing swells from the N. Taiwain Strait also produces regular NE swells while the Luzon Strait receives gets occasional swells from East. The wind from the north and the north east becomes side / offshore in the ESE coastline and it can get strong at times. Winds shift a bit ENE in the afternoon but remain mostly offshore for SE spots. During the season from May to September, waves are rare. Typhoons can send some awesome SW swells to the south coast (mainly windswells). The waters here are known as the Paracel Zone. Tide phases can reach 5ft with very irregular changes between the two tides.

How to get there : You can get your visa at Hong Kong airport in less than a day. Flights to HK are more expensive and less regular than those to Shenzen, so take the ferry to Shenzen from HK, then a taxi. Haian Airline and China Airlines fly several times a day; many aircraft do not load surfboards. Fly from Shanghai, or take a direct flight from Osaka with Haian Airlines.

Getting around : The capital city is Haikou, but visitors can also fly to Sanya, near the main surf area. Individual tourism is still a strange concept and tourists are not allowed to drive a car without a Chinese driver license.

Accommodation and Food : Stay in a 4-star accommodation in Sandalwood in Xiangshui Bay or Guangzhou Ocean Club in Rihue Bay. Chinese cuisine is very different, so find a guide who speaks Chinese. Try: Wenchang Chicken, Jiaji Duck, Dongshan Mutton, Merry crab. There are many French dishes with fish. Food could be very cheap at the restaurant.

Climate: While the northern half of Hainan is subtropical, the south receives the tropical monsoon from the SW in summer and the monsoon from the NE in winter. From June to September is the SW monsoon period with more than 30 ° C and humidity. The NE monsoon is drier and milder; the months of December and January have an average maximum of 20 ° C. Hainan is characterized by typhoons, at least one per year between July and September.

Nature and Culture : There are many things to see and do: Nanwan Macaque Island and a Buddhist statue 108m tall, Xinlong Botanical Garden with 1200 plant species, Hainan Marine Tropical World in Haikou, the Hot Spring region, Yalong Bay near Sanya, Tynaya Haijiao Rocks and Sanya Zoological Park. There is no nightlife but karaoke and massages are commonplace.

Dangers and annoyances : There are few surfers, so localism is not a problem. It brings respect to the Japanese surfers who have been visiting Haian for years, both from China and Japan. It is possible to find sea lice and rocks at low tide. Some beaches aren’t accessible and some guards prohibit surfing in these areas.

Practical advice : Few people speak English or Japanese; the only language spoken is Mandarin. Internet connections are very limited. The surf is calm, so a shortboard and a longboard for the calmer days will be perfect. During the typhoon season it is really hot. Bring all supplies for repairing the boards, including paraffin. 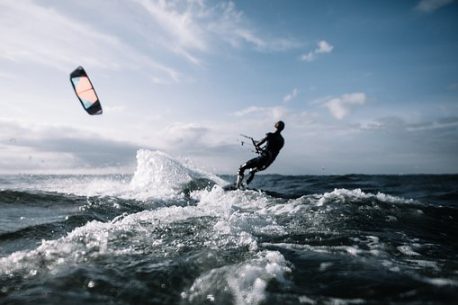