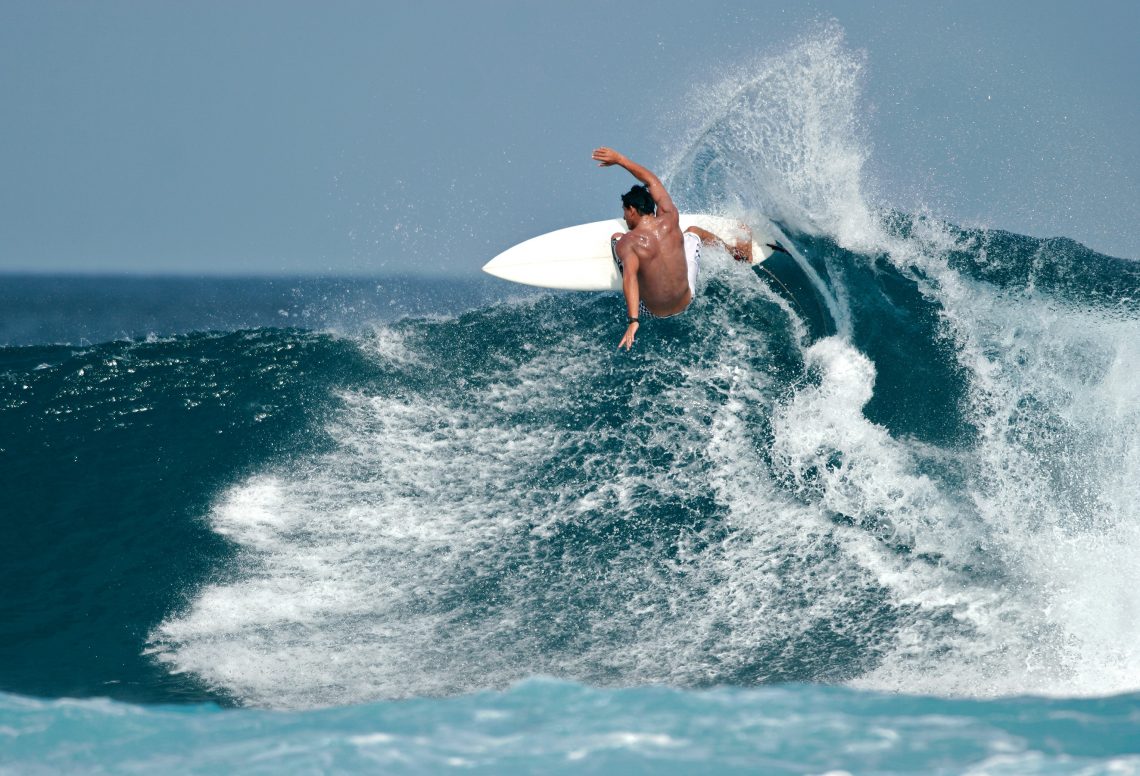 Surf holiday in Korea: the island of Jejudo

It lies off the southwest coast of the Republic of Korea: Jeju Island (Jejudo) is one of the Natural Heritage Sites. The high peak of Halla Mountain in the center of the island hangs steeply on both the North and South coasts, surrounded by 368 small volcanoes called “oreum”. Manjang Cave is considered to be the longest lava cave in the world (13.4km). The warm and sunny climate and myriad of leisure facilities make this island one of the world’s most popular honeymoon and tourist destinations. South Korea carefully opened its door to the world in May 1992, when Flip Cuddy from Hawaii surfed there with Grant Shoemaker and Donald Takayama. Koreans rarely swim in the sea, even in flat water conditions, so most lifeguards don’t want anyone near the water, but at the same time they want to leave surfers alone during typhoon swells. A small crew of local surfers are slowly altering this extra careful behavior. Surfers, fly with us to Jejudo for a great surf holiday in Korea!

Below the impressive Mt.Songaksan, Squid Point can offer a long left wave that comes on with rare typhoon swells from Southeast and Southwest. Its hard access means that it is almost never surfed. Opposite Hyatt Regency , there is a reef that swings right at low tide in all kinds of swells from the South, and it offers some wind protection from West. Jungmum Beach is the most popular spot in Jedu and was considered one of the “top 10 beaches in Asia”. Here the locals have formed a “Wave Club” where more and more Koreans go learning to surf, and in which an annual competition has been held since 2005. The center peak is the innermost wave with left and right that can get very fast and backwashing when they hit the sandbar. The outer wave is a softer peak that connects with the inner wave and becomes steep if the swell is larger than 5ft. Watch out for strong currents and pieces of reef scattered across the sandy bottom. Both the central and the external are fairly constant waves, usually better at low tide and fairly protected from offshore winds thanks to the high reef. On the headland to the east there is Shilla Point, a fast reefbreak. The lefts are usually smaller, but they roll out better and break on the beach sandbar. Beware of the large rock in the middle of the right which is mostly visible at low tide. Heading towards east, check out SGI, a very erratic right reef that needs SW swells and NE winds to be great. Old Ladies is not very far, and it is also a quality right reef. This spot is located in a bay behind an island and it receives good wind protection from West. They are hard to find out but, along the coast, there are certainly other waves that probably work when a typhoon swell from southwest arrives. Further east, in Nanwon, there is a right that starts to work only in special SW swell conditions accompanied by NW winds. During the winter, winds from the NW can trigger some short-term windswells on the north coast such as Tho , Hamdeok or Gymnyeong . Most swells are produced by low pressures in the Yellow Sea. Swells are short (2 days) but frequent (every 3-4 days) during the summer and there is always the possibility of occasional cyclones. Winds are often strong and they can change direction many times during a day. Most of the beaches are made of black lava stones and only some of them are covered with sand. The waves are very, very choppy, but occasionally Jeju receives excellent and powerful surf conditions, with a couple of quality reefbreaks along the south coast. NE swells are not worth bothering, so the best period to surf is from June to October. The tides are semidiurnal with diurnal inequality and spring tides rarely exceed 6ft. Download a tide map online before you leave as it will be impossible to read the info in the Korean newspapers.

How to get there : A 30 day visa is required on arrival. All flights arrive at Gimpo Airport (SEL), 60km from Seoul (plus Tokyo, Osaka, Nagoya, Fukuoka or China direct to Jeju), Jeju (CJU) is a 1h flight from Gimpo ($ 70) with Korean Air and Asiana Airlines. There are ferries from Pusan, Inchon, Wando and Mokpo. Wando-Jeju is about 3h from Hanil Car Ferry. Boarding fees are around $ 10.

Getting around : Jeju Do has a good road network including 183km(113mi) of coastal road, so renting a car is recommended. Most of the road signs are in the Western alphabet. You can stay in Jungmum (if you can afford it) or in Seogwipo.

Accommodation and Food : Shilla Cheju Hotel (super deluxe) with ocean view costs $ 250 per night. In Seogwipo City: Daemyung Green Ville, New Kyongnam, Kal Seogwipo or the Paradise Hotel are cheap as their price ranges from $ 70 to $120. Jeju Guest-House, 25min N of Jungmum costs $ 30 per day. A full meal costs around $ 5-7.

Climate : South Korea has a continental climate characterized by an impressive contrast between dry and cold winters and very hot and humid summers. Spring and autumn enjoy the same climatic characteristics. Two or three typhoons hit the Korean peninsula every year between June and September.

Nature and Culture : Lava stones are stockpiled in the streets near the ocean as monuments of good luck wishes. Visit the incredible lava tunnel. Dover women (Haenyeo) with old wetsuits and goggles, collect seaweed, shells and sea urchins, then they sell these things on the street. Sungsan Sunrise Peak is the main tourist site. There are many paths for walking.

Dangers and annoyances : During typhoons the waves can reach spectacular sizes in Jungmum. Be careful, lifeguards may stop you if you enter the water. Some lava reefs might be bad. Jeju is becoming the summer option for Japanese people who want to surf.

Practical advice : Beginners can rent a board from San Juan Resort or at the Yokohama surf shop in Metro Manila. Yokohama is also a surf school. 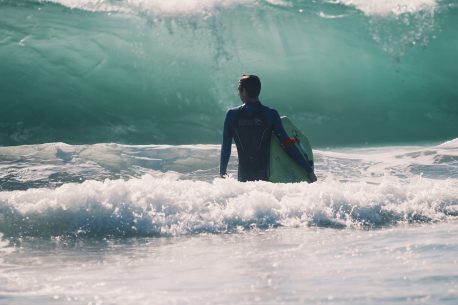 French Polynesia – Billabong Pro Teahupoo: one of the toughest and most dangerous surfing competitions in the world

Billabong Pro Teahupoo is an ASP World Tour professional surf competition held annually in Teahupo’o, a village on the southwestern coast of the island of Tahiti in French Polynesia. The reef is located in Teahupo’o and is a rewarding and important place for any enthusiastic surfer. The event in question was founded in 1999 and […] 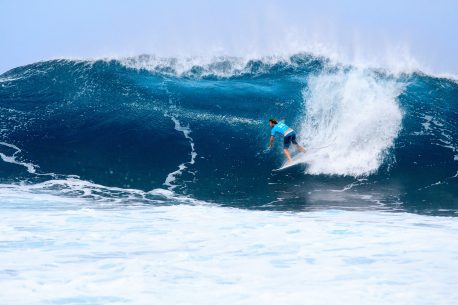 Generally, when we talk about some sports including surfing, we all immediately think of people with a taste for the extreme who, with a board under their feet are able to perform breathtaking actions, riding waves and challenging the ocean currents of tropical locations, surrounded by beautiful beaches that are lost on the horizon. Of […]