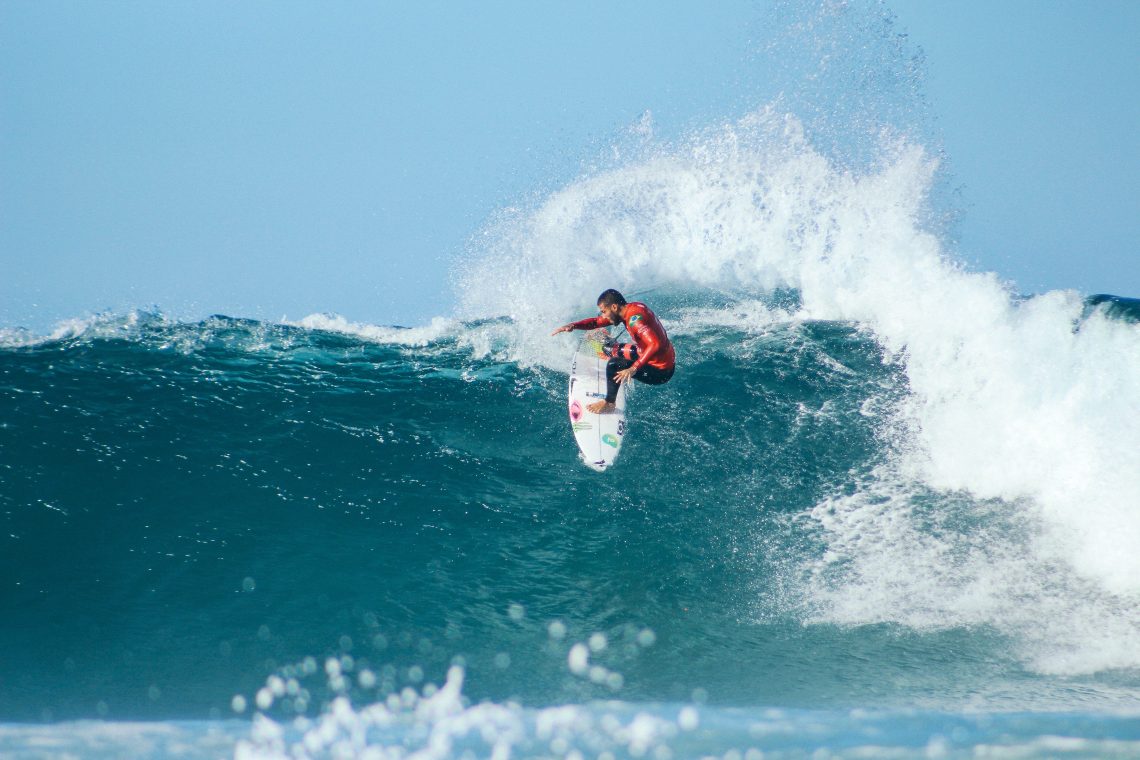 A special island for an amazing surf experience in Australia! Often described as Australia’s most beautiful island, Lord Howe lies approximately 600km north east of Sydney at the same latitude as Port Maquarie. The eroded remnants of the large shield volcano that erupted from the sea about 7 million years ago is only 11km north to south and 2.8km wide. Mount Gower and Lidgbird still dominate the wonderful landscape of the wild forest. World Heritage since 1982, it’s surrounded by the southest coral reef in the world, which hosts 500 amazing tropical marine species and rare and endemic plants and animals. With its protected marine area, no telephone reception, no jet skis, no luxurious resorts and big buildings, few cars and only 400 beds for visitors, the island is never crowded and has a low human impact on the environment. Most of the coasts of the island is exposed to waves of unlimited range hitting a wide variety of breaks and constantly offering the opportunity to surf all year round.

On the west side of the island the coral reef stretches for 6km (3,7mi), creating a beautiful lagoon. It is made up of several passages, many of which are high quality surf breaks.

Rowing from Dawnson’s Point and Old Settlement Beach is the best way to reach North Passage and La Meurthe , a long, fast, tubing left, named as same as a nearby shipwreck. The best conditions are with Southwestern and Eastern swell with Northeastern wind. The other side of the North Passage offers surfable rights, but the constant left and right waves of Uli’s , which break near Rabbit Island (or Blackburn Island), are more exposed to swells from different directions. The ideal thing would be to take a boat, otherwise a long row from Far Rocks is required (be careful as there is no output channel).

Sunset is the only spot where you can ride big waves: it works with swell from Northwest and holds up to 20ft. You can get there through Erscott’s Passage, the frequent disorganized layout can give rise to excellent rights with long walls, suitable only for experts or locals. Harry’s, only accessible by boat from South Passage, has stronger waves of all kinds and works better with Southwestern swells. This is an extremely fast and powerful right that breaks on a coral reef, so falling into the inside is not a great experience.

Little Reef has softer breaks closer to the coast with good waves for all surfers. On the other side of the South Passage lies Grinders , a 30 minute rowing ride from Salmon beach. Two spots produces long lefts, with fast and often tubing sections. Depending on the range of the tide, the channel could have many currents and it is better to take a boat. Little Island, a short but solid right, near Salmon beach, is protected from the wind by the surrounding cliffs (you have to check out this spot when you can surf any other one).

On the east side of Lord Howe, which you can find less organized and clean swells but close to the airport, is Blinky Beach , the only beachbreak on the island. Also known as “Champagne Surf”, this spot offers unstable sandbanks and few rocky trails which are better with Eastern swells combined with Western winds, and there is also an interesting rights on the South.

The south of Middle Beach is characterized by a right wave that breaks on a coral platform; it works with medium-high tide and with rare Southeastern swells. Below 3ft the wave breaks on the internal platform, above 3ft it gains quality and the bowls surrounding the platform begin to work.

Ned’s Beach has various breaks: the best is a left in the northern side known as Mexico , a peak on a rocky bottom that works at the top with solid swells from East. This spot is quite variable due to Admiraldy Island blocking some swells. Lord Howe has excellent but unstable conditions for surfing and swells are not very predictable. Summer (from October to April) is the best time to visit this place. Usually clean swells arrive from the South, together with some cyclonic swells from the North. The west part of the island, where there are the best spots, requires swells from South and West but summer, with its winds, can generate swells from Northeast and Southeast, allowing spots on the East to be ridden.

In winter (from May to September) the swells are not reliable and clean but they can occasionally generate excellent conditions on the east side of the island. There is no real trade of prevailing winds and there is no sea breeze as the land mass is too small. In summer there are often winds from the East and Northeast (creating offshore conditions on the west side of the island) while winds from the Southwest are very common in winter. The range of variation of the tides is high and is around 6.5ft, so be careful to surf the reef at low tide.

How to get there: Take a boat or a flight from the east coast of Australia. Qantas has 32-seat flights from SYD to LDH every day and every weekend from BNE. The flight lasts 2 hours, with a limit of 14kg + 4kg on board. No charge for boards up to 6.5ft.

Getting around: The best way to explore the island is by foot, or even better by renting a bike ($ 5 per day) . There are numerous trails, so grab a map in the information office to get to the places you want.

Accommodation and food: Choose from 17 properties, most of them family-run with a capacity of 4 to 85 beds. Capella and Arajilla have prices out of the market. The island can host a maximum of 400 visitors. Camping is not allowed. For dinner, you have to book a restaurant and spend $ 25-45 for a full meal. Try Humpty Micks or elegant restaurants like Arajilla and Pandanus.

Climate: Due to its remote location, LHI enjoys a subtropical climate with minimal temperature variations. The sea breeze protects the island from the warm temperatures while the surrounding seas encourage pleasant winters. Temperatures range from 18-26 ° C in summer and 13-19 ° C in winter. The dry months are from November to February. High humidity rate up to 75-78%. There are no tropical cyclones. A 3/2 mm wetsuit is required during the winter months and a short wetsuit or even a boardshort during the summer.

Nature and culture: LHI has a protected marine area where you can snorkeling on the coral reef. There are diving option too (50 sites, 2 schools). Rare collections of birds, plants and marine wildlife to observe. Trekking up to Mt. Gower (8h) is a great experience. An excursion to Ball’s Pyramid costs $ 110 / person.

Dangers and nuisances: No shark attacks and only small reef sharks were seen at the snorkelling spots. Doctors and a small hospital are present on the island.

Tips: Larrups is the only surf shop on the island and has boards for rent ($ 20 / half day, $ 30 / day). There is no ATM but credit cards are accepted. Internet access is available in the Visitor Center, no telephone reception. Grocery stores and supplies are expensive.