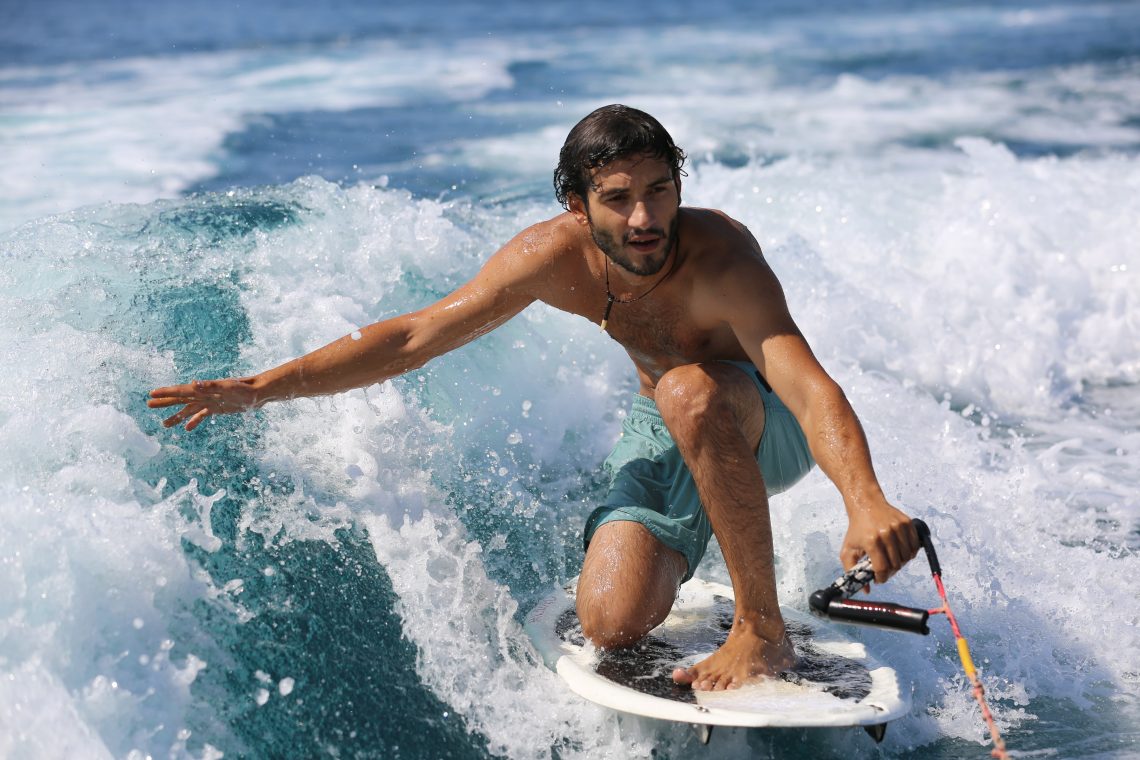 Enjoy a wonderful surf holiday in the Philippines!

We know that surf in the Philippines began in 1976 after Francis-Ford Coppola shot Apocalypse Now in Baler, Aurora Province, and left there a couple of boards for the local Pinoys. However, it is probably that American aviators began surfing Mona Liza Point in La Union in the early 1970s. Relying mainly on the monsoon from the North, the focus of east coast surfing in the South China Sea has shifted north around a trendy resort called Badoc Island. Badoc is a true surf paradise with 4 nearby empty reefbreaks and a beachbreak. Being privately owned, it may not be interesting for those who believe in public access to beaches. The island breaks are exclusive but everyone can surf them. As the resort can only accommodate 12 people and there is only one local surfer, line upsets are improbable.

Star Tubes can be reached in 10 minutes by rowing from the main bay of Badoc, where fast rights break on a very shallow seafloor covered by seaweed. Badoc Point, right in front of the main house with the grass roof, has a right that breaks very close to the shore, but rarely works. With an intense typhoon swell, the beachbreak could become very great. It is important to have the jetski resort to reach Badoc Island Left; that’s the most constant wave.

Nearby there is Turtle Head , marked by a spectacular rock that protects a short right tube. There are many unspoiled spots in the north such as Bangui or Bacarra, but in the area south of Pinget Island (which is actually a peninsula), there is good potential for swelling with direction from Southwest and Northeast. Pure Pinget is the best spot in this area with its beaches and reef breaks. There is a small, friendly surf community in Vigan, which wait for the right swell. Drive to Manangat and stay at the Don Juan Resort overlooking the beach. As Manangat faces south, it is more suitable for summer waves: here the ride could be very long. North of Santa, there is a left breaking off the great seawall of Parada Santa .

Nalvo , near Santa Maria, has reefs and beachbreaks that provide good waves for all kinds of surfers. South of Darigayos Point there is the occasionally crowded winter surf region of San Juan, whose waves are quiet and easy, unlike the shallow reefbreaks in the coast. There are about 15 spots in the 40km sandy stretch south towards San Fernando. Darigayos gets swells from both Southwest and Northeast, so if it’s flat here, it’s flat everywhere.

German Sunset Break is a beachbreak that works with all swells, opposite the resort on German Sunset Beach, home of the Basuio Surf Clab , where board rental costs $ 1 per hour.

Urbitzondo keeps long lefts on sand and it is the side of the La Union Longboard Open. Mona Liza Point overlooks the resort called in the same way. The point produce rights which, however, breaks gently on the dead coral, reaching a maximum limit of 6,5ft. This spot gets crowded at times, so be prepared to share the waves with other surfers. When there is 6,5ft of typhonic swell, check out the legendary spot of Car-rille: a right spot of almost 1km. Now the American military isn’t there anymore and the Filipinos manage the armed base, so access to Poro Point could be prohibited. It is unconstant but there might be some good rights on the rocky shore.

Although the swell resources in the South China Sea are weak, there are two seasons with windswells with the addition of powerful typhoons. The main season is from October to March, but the months from November to February are the safest ones. The NE monsoon brings waves with a range of 1-5ft, with constant offshore winds ehnancing the creation of rights. The worst season is spring, which is mainly characterized by flat days. The SW monsoons begin to produce occasional swells and tropical storms from July to November. The classic conditions, which turn out to be up to 6,5-8ft, will also bring torrential rains and weak wrecks if they hit the coast. SW winds are mainly onshores, producing lefts. Winds may be stronger in Llocos Norte than in La Union. Don’t worry about tides!

How to get there : No visa is required for less than 21 days: if you pay $ 35 you will receive one valid for 3 months. This area is reached by many charter flights from Asian cities, Australia, Europe and the USA. Manila – La Union is about 6-8 hours by bus. The main distances to be covered by bus (Partas Bus in Cubao) are: San Juan-7h; Badoc -10h. Flights to Laoag cost approximately $ 38 round-trip. Boarding fees are $ 20.

Getting around : Domestic flights are cheap but crash records are high. The Nat’l Highway, despite being often crowded, is good and runs along much of the coast. Car rentals in the various local towns ($ 160 / week in San Juan) cost more than rentals in the Manila airport. Local transportation includes “jeepneys” (rebuilt jeeps), maxi meter; motorcycle sidecar; PU-Cabs (small taxis, without metro) and trishaws.

Climate: The Philippines has a warm tropical climate all year round with days above 30° and nights rarely dropping below 25 ° C. Depending on the area, the rains can be more or less persistent: the further you go south and east, the wetter it will be. Generally the year is divided into three seasons: the hot season from March to May, the rainy season from June to November and the cold season from December to February. The monsoon seasons are instead two: one from May to October with the monsoon from the southwest while the one from the north-east is from November to April. January is the coldest month while April is the hottest.

Nature and Culture : Don’t miss Vigan, an old Spanish colonial city. There are hundreds of islands listed as a National Park. Avoid the sex tourist traps at Poro Point. The “Alta Altitudine” disco in San Fernando is very nice. There are many Karaoke bars!

Dangers and Nuisances : It is a land of natural disasters. Typhoons pass periodically; nearly 25 earthquakes a year hit Luzon. Watch out for floods and lack of transport. Some coral reefs can be dangerous and disgusting because of the stinky seaweed! Almost non-existent localism.

Practical advice : For beginners, you can rent boards at San Juan Resort and get everything you need to surf at the Yokohama Surf Shop in Metro Manila. Yokohama is also a well organized surf school in La Union. At La Union you don’t need a gun, but a large board for slow waves. English is widely spoken. 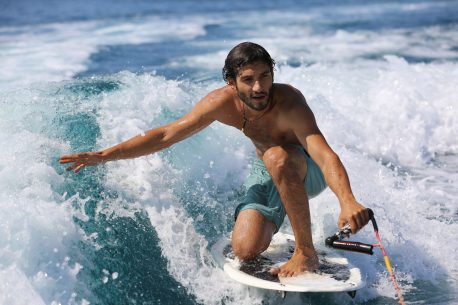