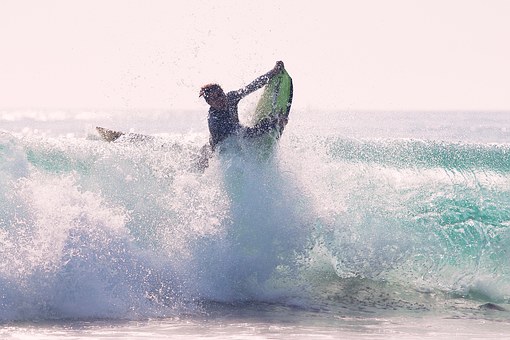 Surf holiday in Indonesia! Leave with us for Simeulue and the Banyak Islands!

The offshore island of Sumatra hides no secrets from surfers; Mentawai are the latest fashion at the moment among surfers and photographers looking for the perfect tropical tubes. Nias has been drawing surfing adventures on his beaches for more than 25 years, but if you head further north, you will head the unknown. The remote island of Simeulue is located 120km off the west coast of Sumatra, where the surprisingly full city of Sinabang benefits from trade in cloves of garlic. To the east, the Banyak Islands are under the regency of South Aceh, hosting few populations on its 7 largest islands, while the others are uninhabited. Other resources come from coconut oil and lolak, a kind of shell. Many spots haven’t a name but there are many rights and lefts, ranging from fast and tubing to softer and with long walls that can be easily surfed! What are you waiting for? Book your surfing holiday in Indonesia now!

There are a couple of waves in Simeulue’s SW front: Tea Bags , a solid right that starts working when the swell has a good fit, and a great left reefbreak called Thailand. The Banyak Islands spots are a extremely remote destination and most of them are very dangerous due to their shallow depth. Turtle Island is known for the multitude of turtles that live here and lay their eggs; it is also said that in the southern end of the island breaks a left. In the SW coast of Pulau Tuangku, the largest island among the Banyak islands, there is a large bay known as the Bay of Plenty as it works steadily and hosts several line-ups. The left is an excellent wave for those who know how to ride the tubes and who pick up speed. This spot is really dangerous and just too shallow to surf below 3-4ft. The right on the other side of the bay is shorter and quite funny. Here, if the left is onshore, the wave will be offshore and clean… and vice versa.

Another long and fast left breaks in the middle of the bay if the swell increases in size. On the east side of the island, the right of Treasure Island is nearly 1km long but needs substantial swells to start breaking. Other small islands offer many breaks but many are close-outs, such as the right located on the beautiful island of Pulau Pinang .

As these spots are remote destinations and not so popular, you should ask for advice and trust a local who knows the place. This area is developed with boat trips and at the moment there are only two vessels operating out of Sibolga: Bohemian and Nanli .

Equatorial coasts generally suffer from a lack of exposure to swells, but in the South Indian Ocean the most efficient swells are produced. Expect numerous 6-10ft SW swells in the months from April to October, occasional 3-6ft swells during the off-season, various 3-6ft cyclonic swells and a few smaller windswells. This area receives the same waves as the Mantawai from April to October, the best season is in the months between June and August. These locations still receive less swell than Nias which could be used as an option if it is really too small. Due to the latitude, the winds are fairly calm, giving glassy conditions quite frequently. There are no prevailing winds. In January the winds tend to blow from the northwest, from June to September from southeast and from October to December more from northeast. The tide variation is only 2-3ft.

How to get there : A 60-days visa can be obtained for free from all countries, except Portugal. There are flights and ferries departing from Jakarta and Penang (Malaysia) towards Medan. SIbolga is 8h by bus from Medan. To reach Simuelue you can take boats that make occasional routes from Meulaboh or you can fly from Medan via Meulaboh. There is no airport in Banyak and unstable weather could make journeys impossible. These crossings depart from Tapakfuan (12h), Bakongan (6h) or Singkil (3h) to Desa Balai or Pulau Balai.

Getting around : The transport isn’t well organized, so it makes difficult to visit the Banyak Islands and most of the best waves are accessible by boat. The owners of Pulau Palambak take people snorkeling but many are afraid of the west coast of Tuangku. The best option is to book a trip with a reliable tour operator.

Accommodation and Food : Only the islands east of Banyak offer accommodation and they are mainly located in Palambak Besar. 11 nights aboard the Bohemian cost $ 2,220 per person. 11 nights in the Nauli cost $ 1,920. Baneneg Simeulue Island Resort costs $ 1800 for 14 days or $ 1,200 for a land and ship accommodation combination.

Climate : The climate is purely equatorial, with very high temperatures throughout the year and a few months of rain. The driest season in Western Indonesia is between May and September. Also in these months, you can expect small reversals in the late afternoon. During the rainy season, between October and April, it is difficult to have more than half a day without rainfall. The water temperature is high, so neoprene is only recommended as protection from the reefs.

Nature and Culture : This is one of the most remote areas of the country, forget the nightlife and think about the “eco” activities: trekking and diving in Pulau Palambak and Pulau Balai. You can see green turtles and the occasional leatherback turtles laying their eggs in Pulau Bangkaru. The virgin jungle offers unique flora and fauna – best explore it by boat.

Dangers and Annoyances: With some surf charters and camping there shouldn’t be any problem with crowds, even when the other boats from the Mentawai are cruising. Bring with you all the medicines you might need as there have been cases of malaria. The superficial reefs are very sharp and dangerous, so before you jump into certain spots, consider that in case of cuts or diseases, you are several days away from a doctor.

Tips : Bring everything with you as surf equipment is unknown. Palau Balai (Banyak) is one of the few places with electricity in the evening. The Banyak Islands are becoming more and more popular with travelers.