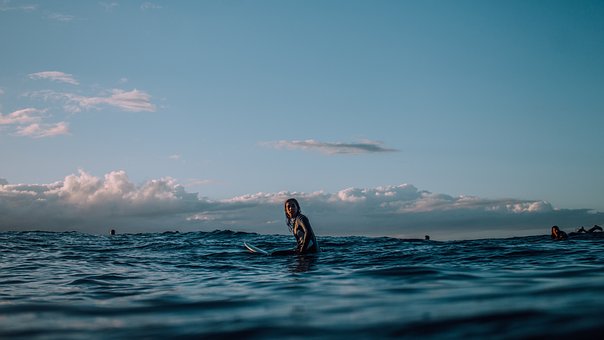 Book your Hawaii surf vacation now! While the north side of Oahu is dominated by the Hawaiian surf media, every island in the chain shares its waves, and Maui has some of the best ones. An island of contrasts such as the alluring green valley and arid coastline, tropical fruits and flowers, volcanic lava and cactus, low plants, but most importantly, Maui is surrounded by surf. The legendary rights of Honolua and Maalaea are part of the offerings, which now also include the big name of Jaws. With large NE swells (NW swells are blocked by Molokai) a long and aggressive right point is formed which branches off into Honolua Bay.

Honolua is definitely a wave for the more experienced surfers. Beware of sea urchins! Northeast of Honolua Bay is the small town of Honokohau with a good reef suitable for regular surfers. Further east the road is ruined and the path could become dangerous, so the best option is to drive south towards Lahaina checking spots like Little Makaha , the left of S-Turns or Kaanapali Point (KPs) .

From Lahaina to the east, the south coast is much more exposed to the summer swells from the SW which produce mainly more lefts than right, opposite to the north side of Maui. This coast is protected from NE winds and it is constantly offshore. Lahaina is a surfing mecca and there are numerous spots, from Mala Wharf in the north of the city to Lahaina Horbour and Jetty . In the southern part there are a series of reefbreaks (but they rarely work) where we can find small but very nice waves.

One of the most famous summer spots in Hawaii is Maalaea , (where a port has been built) where you can find one of the rights considered among the fastest in the world. This wave needs a giant SW swell to start breaking. They blocked countless Maalaea Pier extension proposals that would destroy this world-class gem.

On the north side of Maui we can find good waves around the city of Kahului, especially in Waiehu (an urbanized area with population problems) and Kanaha (windsurfing mecca near the airport). Continuing along the road there is Palm Point , a spot that offers very short lefts and some rare right that tend to be longer and softer: all the waves in the area are very sensitive to the wind. This area is also home to some of the best wavesailing in the world, so expect strong cross-shore winds on most days. Hookipa , is one of the most popular windsurfing spots in the world but on days with less wind it is a popular spot with good quality reef breaks. Baldwind Beach has low power beachbreaks, while Pavillon is more consistent. With the development of surfing in the early 1990s, Jaws became famous, surprising the world with its huge waves, initially only surfed by a select group of windsurfing and surfing lovers. If a big swell is about to hit Maui, drive to Peahi , find a cliff space and enjoy the show. Remember to bring binoculars! Maui generally receives fewer waves and more wind than Oahu. The south coast is usually offshore and it can be surfed with the rare SW swells. Unfortunately Maui receives less swell from SW, W and NW as it is sheltered by the small islands of Mookai, Lanai and Kahoolawe. Maui usually gets less swell but more wind than Oahu. NE winds are generally very strong from May to August, but they tend to pick up in the afternoon. The south coast is usually offshore but receives swells only during the rare SW days. The best wind for the north coast is the Kona (S-SW wind). The range of variation of the tides is very limited but the most exposed spots could be greatly affected. Tide tables are available in all surf shops.

How to get there : A 3-months visa is required for all nationalities. Most flights depart from Honolulu to Kahului (the Capital of Maui) and cost around $ 70 / rtn.

Getting around : A car is essential: the basic rental rate is $ 25 / day. Petrol costs 40cent / l. It takes 45 min to drive from the airport to Honolua. Rented cars are in the sights of thieves.

Housing and Food : Housing prices are higher than in Oahu. Good places to stay are Haiku or Paia (near Hookipa) in winter, and Nani Kai Hale apartments in Lahaina in summer. A double room costs $ 50 – try to avoid the southwest coast as it is very touristy. A decent meal costs around $ 30. Cooking yourself and not going to fast food restaurants will help keep your expenses low.

Climate : Maui has a mild and pleasant climate, with prevailing winds blowing from the northeast for most of the year. Average temperatures differ by only 2ºC between summer and winter, and near the coast they are around 20ºC. The winter period runs from December to March, with almost double rainfall compared to summer. Winter is the high season because in the rest of the United States the weather is bad. Winter storms can last for days, so this season is slightly less attractive than summer. Surfers should come to Maui in the winter.

Nature and Culture : Haleakala Crater is the largest dormant volcano in the world, and according to legend it is the soul of Maui. It has been a pilgrimage destination for centuries, sunrise on its peak is recommended. Activities on flat water days include: mountain biking, windsurfing, diving, whale watching (March-April are best for the Humpbacks). For nightlife go to Lahaina or Kaanapali.

Dangers and annoyances : To avoid problems with locals, do not surf the most famous spots during the busiest hours. Do not leave any objects in sight in the machine.

Tips : There are lots of shops selling surf equipment. Some spots require a rather long board but nothing compared to what is needed for the North Shore of Oahu. 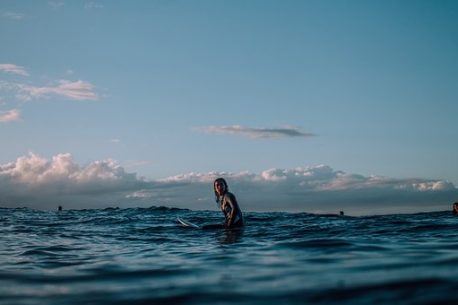