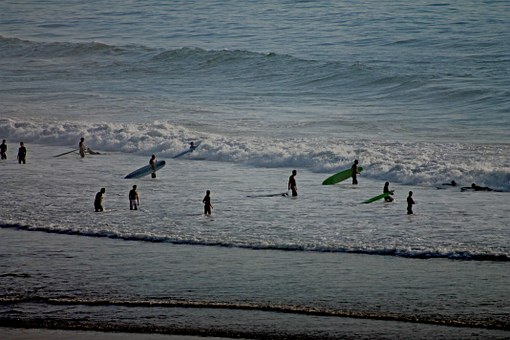 Surf stay in the Solomon Islands: leave now for paradise! The best period for swells is between December and April, when temperatures drop and cyclones start moving slightly south. When swells arrive they can last for more than a week giving excellent, clean, great waves. From May to August, the winter swells that hit the east side of the New Georgia islands are generally more consistent but smaller. From May to November is the main season for the Costa Pacifica side from the northeast. SE trade winds become stronger, with more persistent wind. During the transition months there is less wind. The tides change from diurnal to semi-diurnal and they don’t exceed 2ft.

How to get there : No visa is required but you have to pay $ 8.50 of taxes at the airport. Solomon Airlines flies directly to Honiara from Australia. Air Vanatu operates from Efate. There are two daily flights to Gizo at $ 100r / t. Land in Nusa Tupe which is 10min by boat from Gizo. Munda may become the second airport in Salomons. $ 4 boarding fee.

Getting around: To rent a car doesn’t make sense, there are good boats, the place for the board is essential. Check out the Surf the Earth’s package: 7 nights in Gizo including 5 trips with 4WD or boat or go to ZIpolu Habu Resort. Renting a boat costs $ 3 per person per hour (up to 6 surfers).

Accommodations and Food: Surf the Eart have the best deals. 7 nights by boat at the Gizo Hotel in rooms with A / C, rooms with a pool view, cost around $ 920. The Zipolo Habu Resort offers very good bungalows (max 4 people) but flying to Munda is easier. Full meal packages include BBQ tuna, crab and lobster.

Climate : The equatorial climate is extremely humid all year round. The average temperature is around 27 ° C with minimal variations throughout the year. The coolest period is between the months of June and August while the winds coming from the north-west in the period between November and April cause an increase in rainfall and occasional cyclones. Such precipitations are more intense in mountainous areas.

Nature and Culture : In Gizo there are attractions for divers, among which the most popular is Upi Island Resort, and numerous eco-lodges scattered in the Morovo lagoon. Climb the 1770m of the Kolombangara volcano, don’t miss the Megapode Skull chapel or the crocodile estate.

Dangers and Annoyances : Take anti-malaria medicines but the best prevention is to be careful and use mosquitos’ pinch repellents. Drink bottled water and be prepared to drive long distances under full sun exposure.

Tips : Bring all the complete equipment including: your two favorite boards, lots of tropical wax and sun protection. It is possible to take a last minute flight to Brisbane when the swell is arriving. Use the kayaks to access the nearest breaks. 95% of the population is Christian. 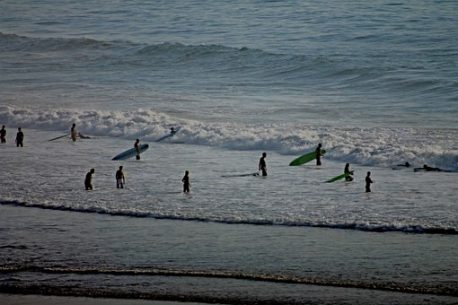