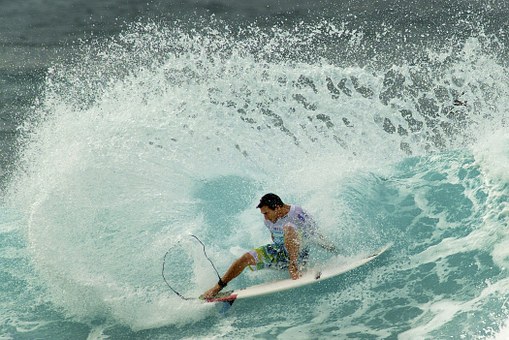 Surfing in Southern California began in 1907 when Hawaiian George Freeth performed for a large crowd in Redondo Beach. Southern California has remained the heart of American surfer culture ever since. Since the early 1960s, the number of people facing the waves as the “SoCal” beach lifestyle has started to grow rapidly. Today the place is crazier and busier than ever, but despite the chaos, surfing in LA can still be an enjoyable experience. Orange County is a hugely populated area south of the steep coves of the Palo Verde Peninsula. The northern part of Orange County has mainly long and smooth beaches, while the southern part returns to the coves and cliffs. Seal Beach Pier is generally close out, although in certain medium tide conditions, it can give decent waves of 4.2-6,4ft. Surfside is flimsy but the dock still cleans the right waves entering the bay. This point is located on a private property so to reach it, you have to park at Sunset Beach and walk north. From Sunset Beach to Huntington there are several miles of long and rarely crowded waves. Access to the beaches is difficult in some places due to the private properties and steep cliffs, and parking is subject to charges. Check out the spots around Bolsa Chica State Park and Huntington Cliffs. The waves here generally have less strength than those in the south but the fact that they are less crowded makes them an interesting option. Huntington Beach is the “Surf City” and its pier is both a beloved and despised symbol of surfing in California. Nearby is a surf museum, a Wall of Fame, legendary surf shops, surf bars and surf theaters. Both sides of the pier have big waves, but they get incredibly crowded. The State Park to the south offers a number of less crowded peaks. All these waves are consistent but in the summer they fade away around 11am. The waves at the Santa Ana River Jetties are notoriously fast but also crowded and polluted. To the south is the rocky docks of Newport Beach, where sinister waves roll out with power during the S swells. Expect large competitive crowds. Don’t miss The Wedge, the famous backwash. Only surfed by bodyboarders, bodysurfers and masochists. With a 6,2-7.8ft swell the wave can also reach 13-16ft; with these conditions the beach will be filled with people, TV and ambulances ready to help those at sea. Corona del Mar needs a medium-sized S swell and the dock provides good shelter from the wind. Further south, access becomes a problem up to the reefs around Laguna Beach. Salt Creek has the best waves in the area, which include point, fast left, Middles ultra-heavy peak and other good quality waves along Dana Strands. In addition to the wave that breaks into the side of the port of Dana Point, there is the Doheny Beach Park, a great spot for beginners to surf with small swells from south. The Surfrider Foundation has made San Clemente its home where a mixed of beachbreaks and reef breaks fill the whole area. San Clemente State Park is a small paradise for swells and is also equipped for camping. This is also the access point from the north to take the Cotton Point pipes, which become hollow as the swells get bigger. Any aspect of this wave is difficult, no less access, and this is where San Diego County begins. Immediately after the county border we find the famous Trestles, which divided between “Upper” and “Lower”, works with any type of swell, tide, winds and crowds. Upper Trestles favors right-handers during winter NW swells while Lower Trestles favors summer swells from south. Don’t expect easy rides.

The primary source of surf comes from the groundswells from S-SW from April to September, including Mexican hurricane swells between July and October. At this time of year the waves can reach 13-16ft but on average they are around 3.2-8.5ft. In winter, from October to March, the low pressures from the NW send swells from 0.6-13ft. In general Orange County swell exposures are not as good as San Diego’s but on any spring or fall day there could be 2-7ft W swells coming from the center of the western pacific. The prevailing winds are from NW-W (most common between December and late August). The magical wind from the E of Santa Ana blows in late summer. Windy offshore days are more common during the winter season, but winds are seldom strong all year round, so expect plenty of windless surf days. The “glassy” days are one of the characteristics of California. The seas vary between 4.2-7.5ft.

How to get there: Most international flights land in Los Angeles, 45 minutes north. Rent a car and drive south on Freeway 405 until you get to Pacific Coast Highway. With a domestic flight to Jhon Wayne Airport it takes 25 minutes.

Getting around: Public transport isn’t efficient. If you can’t rent a car, just stay in one place. The cost of a car ranges from $ 160 a week or lower for simpler cars. You must be over 21 to rent a car. Gasoline is not expensive. Traffic on the Pacific Coast Highway is heavy during rush hour.

Accommodation and food: A comfortable double at a beachside motel costs between $ 50-90 (Huntington Beach – Shore Motel or the Newportbeach – Channel Inn). Youth hostels cost $ 20 per night. You can camp at Bolsa Chica or at Newport Dunes Resort. Fast food outlets are affordable over expensive restaurants.

Climate: Southern California is famous for its consistently reliable sunny weather. It hardly rains mostly spring through fall, but there are plenty of morning mists, which dissolve by noon, not like the constant LA smog. The sun shines, perpetuating the light on the sea breeze. The driest and sunniest weather comes in late summer with Santa Ana conditions when winds blow from the desert. From November to February the weather becomes more or less winter with very few rainy days. During these months the swells are bigger and the winds are often favorable. Although this area is the one with the mildest water in California, you will still have a 3/2 streamer most of the time.

Nature and culture: There are skateparks everywhere. A large amount of surf shops. If you are interested there is Disneyland. Also worth seeing are Knott’s Berry Farm, Soak city and Wild River Water Park. The main streets of Hollywood and Los Angeles are not far away.

Dangers and annoyances: The best way to avoid crowds is to go to hard-to-reach places. Parking is subject to charges and you can also buy tickets from car rental agencies. There are some string and sea urchins but few sharks. Beware of murky waters after heavy rains, sewage runoff can be a problem.

Tips: Don’t waste time with a big wave gun. A shortboard costs $ 350 while a longboard costs $ 450. There are many shops to buy cheap gear – Jack’s, Robert August and HSS in HB. Newport Beach has even more. 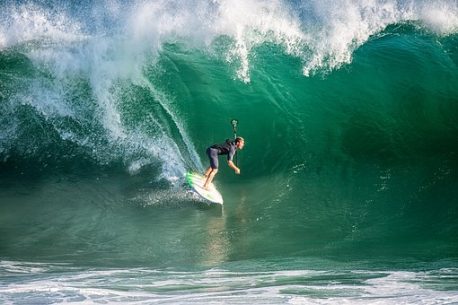 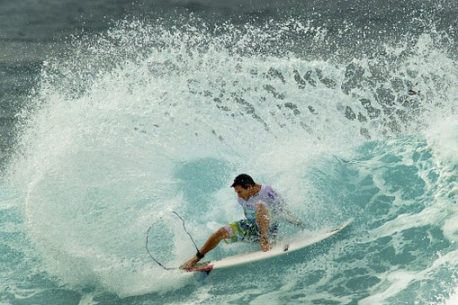