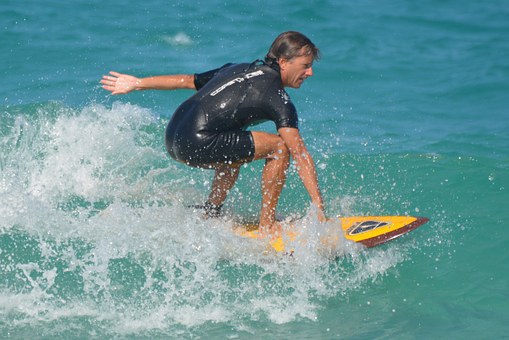 Surf holiday in Australia: discover all the spots in Perth!

Even if it’s a perfect location, Perth can’t be considered seriously as a surfing city because of its shallow seafloor, which is known as The Five Fathom Bank and it absorbs most of the waves. Surf is usually mushy, and summers are mainly flat, maxing out at 4ft. However, Perth is an ideal place for learning, plus there’s Rottnest Island, where you can surf more serious waves. A great surf vacation in Australia is waiting for you!

Trigg Point is the most steady and crowded spot in Perth, producing moderate long and right-handed waves on a sand-covered reef. The beachbreak below becomes funny when the sandbars collected during the summer settle down. Scarborough Beach is 2km south where there are the accomodations of rich people and backpackers, right by the beach in the Observation City . Surfing won’t be good unless there is a combination of big waves, Eastern winds and well-formed sandbars. Floreat Groyne offers good protection from the prevailing Southwestern winds but the waves rarely reach the height of surfers. The City Beach Groyne is similar in layout, but you can surf in this spot when the nights are clear (watch out for sharks, Perth has seen fatal shark attacks in recent years). There are many spots in Cottesloe besides Main Beach such as Cove, Seconds, Isolator, Dutch Inn or Deep 6 . Due to the lack of waves and the density of surfers, Cottesloe City Council built the first artificial surf reef in 2000 at Cable Station in Monsman Park, 500m offshore, but which requires a large Northwestern swell to work. When it happens, however, the wave is fast, tubing… but very crowded. For more empty places, drive to the industrial area before Fremantle and check out Leighton , where most of the swells are from West.

If you have some time, you should visit the long Rottnest Island (just a 30min ferry ride from Perth). Rotto is a spot only for experts as it is often 2-3ft larger than Perth’s beaches. The best time is in autumn and winter, when the winds from the North prevail. However surfers in summer (from October to February) can enjoy great morning surfs in the South coast. In the North side of the island there is Shark Bay, a left, often empty, which works with medium-high tide and all kinds of swell from Southwest and Northwest. Only for bloody people. Cathedral Reef is right off the impact of the onshore swells from Southwest. Radar Reef is totally exposed to Southwestern waves and winds and it requires a long row through strong currents to get to an isolated and frightening spot which offer rights that works at high tide. The only way to get around Rotto is by bike, in fact swarms of surfers pedal straight towards Strickland, which is the only constant point with wonderful lefts up to 13ft above a rocky seafloor. The reef at Salmon Point is powerful with mid-sized southwestern waves; Chicken Reef is a tubing wave (up to 10ft) above a sharp coral reef up to 10ft. Medium tide and northern winds are the best conditions for this type of wave. Perth mostly offers southwestern swells from Roaring Forties but remember that it takes at least 6,5ft before Trigg or the Artos reef starts to light up to create decent waves. When there are large swells, both eastern winds and clean conditions are rare. In autumn and winter the swells are medium to large (6,5-13ft) in Rottness. Once the storm is over, offshore winds occur, even with rain and wind. Although winds from the South are predominant, especially in the summer, there may be many winds from the North in the winter, which are the best for the south coast of Rottnest. Flat sea days are rare. In the summer, you have to wake up early because the early southwestern “Fremantle Doctor” starts blowing from 11am.

How to get there: A valid visa is required for all nationalities except New Zealand. Perth has fewer flights than Sydney but more connections to Asia. Rottnest Island can also be reached by ferry from Fremantle in 25 minutes (from Perth 1h).

Getting around: The traffic in Perth is low for being a city. A permission is required to drive or rent a car in Rottnest. Rent a bike, the prices are low (helmet and lock included). Some spots require a boat. Check out Heron surf cherters for daily access or weekly trips.

Accommodation and food: There are more than 500.00 visitors per year that travel to Rotto. Rottnest Lodge costs $ 75 per day, renting one of the 250 villas or cottages is cheap ($ 225 / week / 4 people). Renting a tent costs only $ 7 per 2 persons. At Thomson bay you can find food but it is recommended to bring as much as possible from the mainland.

The Climate: You have to expect temperate winters and hot, dry summers. Perth is the sunniest capital state with 8 hours of sunshine per day. The sky is often blue and cloudless. Summer is hot with temperatures between 17-29 ° C. Hot summer days are tempered by the cool Fremantle Doctor, a strong southwestern sea breeze. The range of humidity is low. Winters (June-August) are mild and rainy, with temperature variations from 9-18 ° C. A short-sleeved wetsuit is the most affordable. Shoes required.

Nature and Culture: The Sorrento Quay and Hillary’s Boat Harbor are the major attractions for tourists (including the underwater world). Rotto has a Series A Reserve with 97 species of tropical fish and it is popular for migrating whales, dolphins and sea lions.

Dangers and annoyances: Rotto is not crowded but there are strong currents, sharp reefs and sea urchins. On the metro from Perth to the beaches watch out for thefts and crowds.

Tips: Perth is full of surf shops where to buy cheap equipment: Murray Smith Surf Center (Cottesloe, Scarborough), Fluid Surf Shop (Fremantle), Surf, Dive n ‘SKi (Perth). Perhaps you will pay $ 400 for a shortboard and $ 600 for a longboard. A pair of guns would be useful to stay in Rotto.

Exchange rate 1 EUR = 1.38 AUD
Exchange rate variations  (more than 3%) will lead to an adjustment of costs. They will be communicated within 20 days of departure. 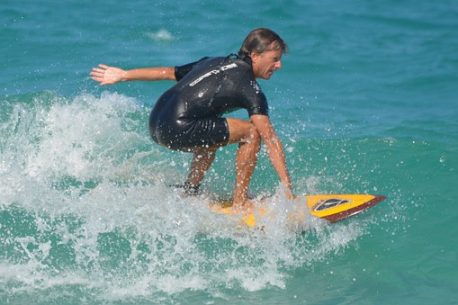