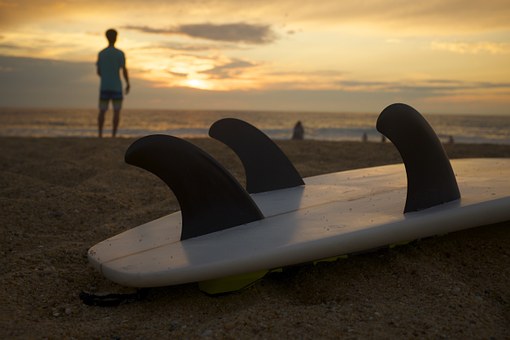 Rapa Nui: Come surf on Easter Island with us!

Rapa Nui is the most remote and uninhabited place on Earth. “Te-Pito-O-Te-Henua” (the centre of the world) is one of the largest open-air museums; a non-designed archaeological site of mankind. There are the Moais, 10-65ft high statues, made of basaltic volcanic rocks and built to represent the royal family living on the island until the sixteenth century and dominating the 33 tribes. These Moais are the greatest expression of monoliths in the entire Polynesian culture moved, according to legend, by Mana, the spiritual power. The island was formed by a series of vulcanic eruptions, the oldest one dates to about 3 million year ago. Geologically the coast is too young for developing appropriate sandy beaches and it is composed of lava cliffs (6,5-23ft) which form limited points. Most of the spots is located along the west and south coasts, and then, there are two quality beachbreaks with an extraordinary landscape on the north coast. Book your surf holiday on Easter Island now!

In Hanga Roa the reefbreaks of Tahai and Toroko are quite inconstant. Although Toroko breaks more frequently, Tahai needs giant NW swells to start breaking, but when he works, you have to see it to believe it. The following two breaks along the coast are fairly steady. There are the left and right of Motu Hava, overlooking the gulf of fishermen: its waves are rather short because as soon as they reach the inside reef they become close out.

Papas also breaks in onshore conditions providing perfect rides for longboarders even if the summer, with small swells, could be full of local bodysurfers.

Mata Veri has the longest waves on the island. Despite this fast and sometimes tubing wave, the take-offs are easy: getting in and out of the water requires a quite long row.

Conditions in the south can be tricky, so check out the spots before you commit.

Further south, in addition to Tonga Roa, you find Viri-Inga-O-Tuki, a perfect wave for longboarding. It may have more than one peak but, depending on the size of the swell, it may produce more right or more left.

Vaihu is a reefbreak that mainly sends left quality waves but unless the size is above 3m, the ride will be short as immediately after the take off, the water becomes too deep and the wave loses power.

Huareva is a perfect left (mini-pipe): it guarantees vertical takeoffs and high speed runs (often not too long though!). Above 2 m, both Koe Koe and Akahanga will start breaking, which, with very rough sea (up to 20ft), becomes the longest point on the island. Heading towards the east of the south coast, Pakaia is another short but intense lava reef. Rowing to reach this spot is very easy, in fact, as in Hanga Nui , there is a port that solves the problems of currents and large foams. The reef in the middle of the surprising bay offers short lefts and longer lefts that rarely tend to close out. With great swells from the northwest lead to the north coast where both Ovahe , a beach with pink sand, and Anakena , will have waves supervised by the Moais. Most of the waves come from south west in winter (from April to September) and West and South west in summer (from October to March). Flat sea days are unusual because “the rock” causes any ripples in the ocean to grow. The waves of Rapa Nui are powerful and they break on a lava bed making every surfer happy. The prevailing winds blow from the south east (spring and summer) and north west (autumn and inland). Winds come offshore on both the west and east coasts. The worst case is when it blows from the south, therefore onshore from both sides. The tides are not a problem.

How to get there : No valid visa is required. LanChile flies 4 times a week, two from Santiago and two from Thaiti (from $ 800 r / t), flies int’l with LAN Chile for cheaper flights. The high season in summer is very busy, book in advance. A ship arrives at the port of Hanga Piko from Valparaiso in Chile 4 times a year. Boarding tax $ 18.

Getting around : There is no public transport, so you have to walk or ride a horse ($ 15 / day) – this latter is a great way to get around Hanga Roa. Most of the roads are dirty but in good condition. Bikes cost from $ 25 per day. Renting a car costs from $ 45 to $ 90 with agencies. A taxi at better prices can take you anywhere.

Accommodations and Food : The two main hotels are Hangaroa and Iorana and cost from $ 90 to $ 120 per night. They have been recently opened by backpackers ($ 12 to $ 20). Try the family lodge Oltama-Te-Ra’a or Chez Oscar ($ 12 / night). Pea, overlooking Papa, is the best place to have lunch or dinner.

Climate : Rapa Nui has a sub-tropical maritime climate, deeply influenced by winds and sea currents. Easter Island has a good climate all year round: from January to March temperatures varies from 21°C to 28°C, while from June to August they can vary from around 17°C to 21°C. The rains are well distributed throughout the year.

Nature and Culture : Enjoy the open-air archaeological sites. Don’t forget to visit the Sebastian Englert Museum, go diving with the killer whales, or trekking in the volcano at sunrise or sunset. The coast has lots of natural caves containing many religious hieroglyphs about marine wildlife. The Tapati Polynesian Festival take place in January.

Dangers and annoyances : No disease: the tap water is clean, mosquitoes have no malaria. Almost all volcanic lava reefs are flat and with rare exposed rocks. The hospitals are modern but the surgeries must be done in Chile.

Practical advice : Bring lots of boards including a thick enough 7’6 for the medium-sized waves of the south coast. Leashes are essential for big waves. There are no surf shops yet but there is the possibility to repair the boards. Exchange your dollars in Santiago, before you arrive, for a better rate. Credit cards and travellers cheques are not accepted. Landers show their hospitality with alcohol. 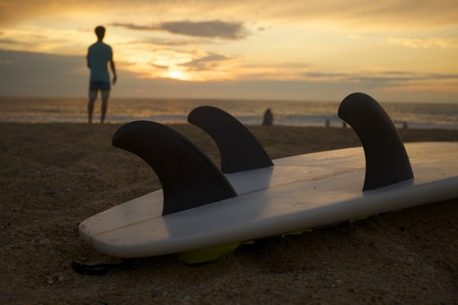