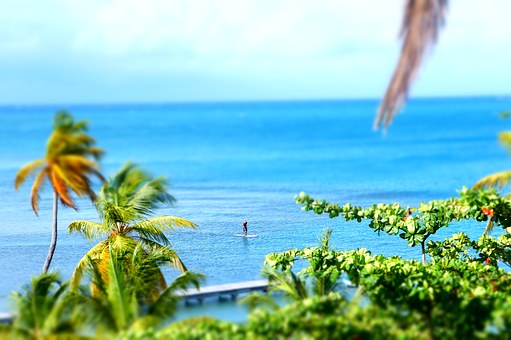 Papua New Guinea is known as “the land of the unexpected” with its enormous cultural diversity, people and landscapes. It is one of only three tropical areas in the world to also host a glacier, which is on the peak of Mount Java (5,000m). PNG is 2,400km long, 720km wide and exposed to 3 seas. Port Moresby is the capital and overlooks the Coral Sea: surfing conditions here are quite erratic. The Salomon Sea is equally hit and miss, so the largest swell producer is the Bismak Sea. Swells from NW-N affect many different provinces including Madang and the Bismak Archipelago (home of Kavieng), the best known NPC area for surfing. Head out for some fantastic surfing in Papua New Guinea now!

10 km from Vanimo lies the Lido Village pointbreak. Lido Rights can get really vertical and it can be surfed between 3-10ft. Lido Lefts is one of the most consistent waves in PNG and it is usually surfed every afternoon even when the NW winds start to blow. In Vanimo, the only natural harbor in the province, there is Logs, a right next to a pier or the left of Jailbreak, surprisingly opposite the prison. The coastal plain widens to the east and swamps are created inland from Sassano Lagoon, where sandbars are said to form outside the rivermouth offering some good surfable waves. It was here that a powerful earthquale of magnitude 7.1 on the Richter Scale struck in 1998. The subsequent tsunami (10m) destroyed this area, killing 700 people and leaving hundreds of people homeless. Aitape is the largest settlement in Saudaun with 25,000 people and the largest Catholic station. Outside the point, covered by the harbor, there is a very nice left that rotates for 75m above the reef: the best condition for this spot is at medium-low tide. Aitape is connected by a rough coastal road with the large province of East Sepik. The Sepik River is the heart of the province, but regular floods limit the use of nearby land. offshore islands, including Tarawai and Muschu, can create good waves but are only accessible by boat (such as Cape Barabar). Returning to land, follow the signs of the Karawop Plantation, and you will come to fun and enveloping lefts. Wewak Point is a safe left reefbreak that it is easy to control from the city, cooing at low tide and softer at high tide. The Wharf, also known as Mission Point, is difficult to reach due to the shallow external reef that rises 1km from the shorebreak (overlooking the private property of the Sepik International Hotel). Traveling east check out Moem Point, a quiet right-hand reefbreak. If it is flat drive further towards Forok Point, a very constant right-hand pointbreak that works in all tides.

Despite being located in the corner of the Western Pacific where most groundswells go towards east, the province of Sepik enjoys a relative constancy of waves thanks to monsoon winds from the NW which produce regular 3-6ft windswells with rare 10-12 ft in the period from November to April. The El Nino years are very fickle and worth avoiding, even if the rains are lower. The offshore islands east of Sepik often create swells, so Sandaun (especially around Vanimo) is the most steady area. Most reefs need to be surfed in the morning as on-shore winds could rise from W-NW from lunch onwards. The nearby mountains of the Ocenake Range, behind Vanimo, generate offshore mornings before moderate NW breezes pick up. November is the last windy month while the dry season, characterized by SE winds, is usually the flattest time of the year. The maximum range for tides is 0.6m, with annual cycles combining diurnal and semi-diurnal phases.

How to get there : A 60 day visa is issued upon arrival in Port Moresby for $ 4.50 or just $ 2.50 if requested prior to arrival. Fly to Port Monesby (POM) with Qantas or Air Niugini, then Air Niugini or Airlink to Wewal (WWK) -Vanimo (GO). Daily flights via Madang. Wewak. POM-GO: $ 95 o / w. Transporting boards longer than 8ft could be a problem. Departure tax $ 7.5.

Getting around : Transport is very limited due to the poverty of the roads. Most travel with PMV (Passenger Motor Vehicle): a bus, a truck or even a mato. Buses are cheap but dirty and crowded. Renting a Toyota Corolla with Hertz Car Rental costs $ 67 / day. Local boats can be rented at low prices.

Climate : Sandaun has a hot and humid climate all year round. However, the rainfall level is lower than the average of the other islands in the South Pacific. With its 8,8 ft of annual rainfall, Vanimo is the wettest part of the province of Sepik, which receives a drier climate between May and November (which corresponds to the period when the sea is usually flat). Keep in mind that rain greatly reduces visibility and that humidity brings with it numerous insects (not harmful, but annoying). The period from December to March is the perfect time for surfing and it is also the driest time of the year. The water temperatures are very high throughout the year, so you only need a swimsuit to surf.

Nature and Culture : Vanimo is a fairly small seaside town and it is a free trade area. Take a trip to Narimo Island and to Lhe Irian Java, the busy town of Jayapure. Wewak is more populated but you won’t find nightlife or shopping. Visit the Japanese War Memorial, one of 5 markets to buy scary masks; don’t miss the opportunity to go under the caves or to play golf.

Dangers and annoyances : Violence is high but NPC is great and Sepik is safe. Beware of pickpockets and scammers. Everyone has suffered scratches and scars from the reef, so to prevent infections, treat yourself with antibiotic creams. Transportation and hygiene are a nuisance.

Practical advice : You will find boards for rent at the Lido Village. Vanimo Surf Club, PGN’s oldest, was established in 1987. 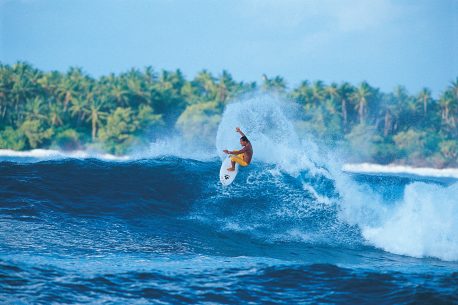 Go Surf – Surfcamps around the world

Canary Islands (Fuerteventura, Tenerife, Gran Canaria) Fuerteventura has something to offer all surfers, it is the ideal destination for a one-of-a-kind surfing holiday. Here we have the new “Surf and Yoga apartments”, the latter, located in el Cotillo, all offer a sea view and are also suitable for families or small groups of friends. The […] 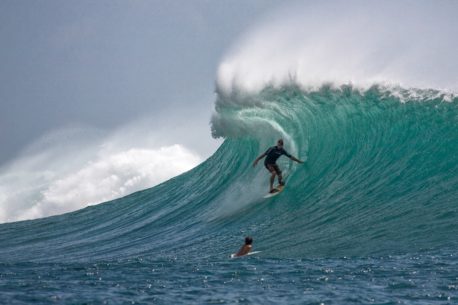