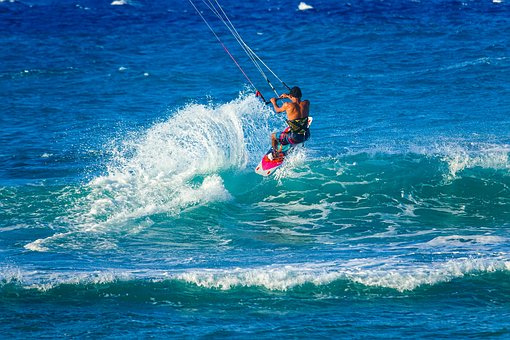 Surfing in Samoa: the islands of Savai’i and Opolu

The main islands of Western Samoa are actually ancient volcanic cones. They are the largest of the South Pacific islands with mountainous terrain that rain keeps green and attractive. The two islands Savai’i and Opolu are situated to receive numerous swells from both the north and south. Come with us to surf in Samoa!

Opolu is the most developed with numerous resorts and satisfying surf spots. The western island of Savai’i is wilder with less known breaks but with potential to be discovered. Generally the waves are very fast and powerful and break on very low reefs (often made of lava) usually within 500m from the shore. The southern coastal side holds the best quality waves, which are steep and best suitable for experienced surfers. The north coast has fewer spots and receives less swell, more suited to intermediate surfers.

Opolu Island: in Lauli’i we can find the best right-waves breaking near the shore with many tubes. Lautanu’u is a right that works with all tides (which is a rare bonus for Samoa). There are also lots of good quality breaks in Ti’avea Bay .

On the south coast, the reef outside A’ufaga Village attracts a lot of waves but the highlight is a worldclass level right that breaks into the river-sculpted reef channel. It is possible to surf the right both in Salani and in Tafatafa , both very subject to the wind.

Nu’usafee Island is “the Spot”. Although you need to sail a boat from Poutasi to get there, it can be the best wave in Western Samoa. Usually there are sets of 3 perfect waves that connect when the swell is above 8ft giving epic rides. SE breezes blow offshore and it can hold waves up to 16ft but it is too dangerous at low tide. Bouldiers is a good, big left wave that offers a long ride on a rather deep seafloor and above all is protected from the wind. Sa’aga is the opposite version of Salani with some funny lefts and powerful right. Towards the west is Salamumu, another powerful left, which can be surfed at the top at high tide.

Savai’i Island: Malama Lefts is an easy spot to ride and reach from the shore. There are also good waves on the SE coast, near Salelologa. The Wharf receives clean rights with moderate swells while Aganoa Beach receives real bowl sections in the inside part of the reef. The Leap is the Samoan version of Pipeline… big and dangerous. It is only accessible by boat but it is really worth it. Salailua breaks into a deep channel that creates A-frame waves.

Positioned in the center of the South Pacific Ocean, Western Samoa is a true swell magnet, picking up swells from all directions with minimal loss of size and power. SW-NW swells can be slightly blocked by neighboring Tonga, Fiji, Tavalu and the remote Gibert Islands but generally do not suffer from flat water. The main season runs from April to October when the S-SE swells generate regular 3-12ft waves. From November to March, Samoa receives swells from N-NE, the same swells that hit Oahu’s North Shore. The island is also open to occasional cyclonic swells from NW-NE. The only downside is that E-SE winds ruin the spots during the dry season (August). Tides never exceed 5ft.

How to get there : A 30 day visa is issued if you show your return flight and booked accommodation. There are direct flights from New Zealand, Australia, Hawaii and Fiji with Polynesian, Air NZ, Air Pacific and Samoan Air. Many resorts pick you up at the airport. Boarding tax $ 20.

How to get around : The bus lines reach all the main spots. For spots that break offshore, a boat is required, and the cost of the ticket is around $ 10. The ferry to Savai’i from Upolu leaves from Mulifanau and takes approximately 1h30m. Renting a car is expensive ($ 250 / week) and it is barely necessary.

Accommodation and food : Western Samoa is one of the cheapest countries in the South Pacific. It is possible to sleep for only $ 20 / night in a campfire (thatched hut). During the N swell season, a good place to stay is in Apia: the Outrigger Hotel. There are two surf camps on the south coast. Salani Surf Camp Resort and The Samo’ana.

Climate : Western Samoa has a tropical wet climate, with the rainy season, which characterizes the summer period (from November to April). The rest of the year is dry, with occasional rains. The south side of the island is wetter than the north, which is protected by the mountains. Rare chance of cyclones. Coastal temperatures are idyllic and around 29 ° C all year round; even the water temperature never drops below 27 ° C.

Nature and Culture : The Samoans have a fascinating culture, and there are few rules to respect including a ban on surfing on Sundays. The diving activities and deep-sea fishing are excellent. There isn’t much to do at night.

Dangers and Annoyances : Most reefs are very low and dangerous and hospitals are rudimentary. Reef cuts infections are a problem. There are many tiger sharks but not as many recorded bites. It is full of mosquitoes but they don’t carry malaria. It is recommended to drink only bottled water.

Tips: Bring all your equipment including shoes, tank tops and antiseptics for reef cuts. The currency used is the USD.