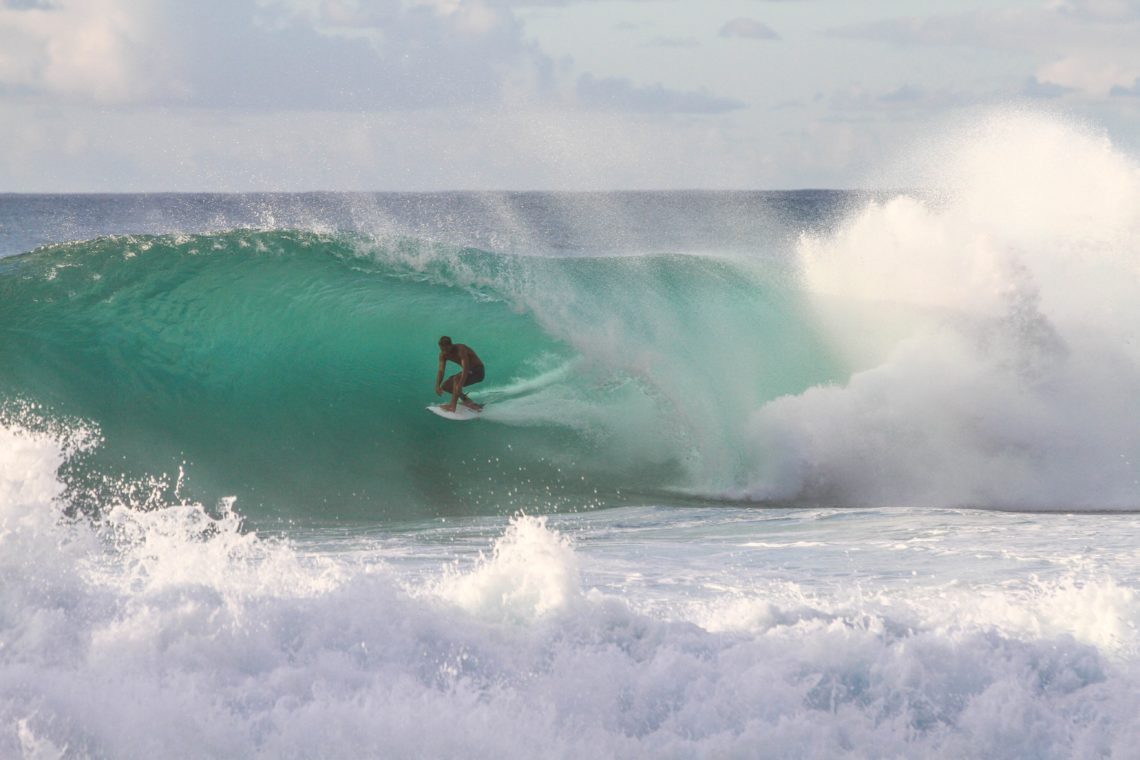 Surfing in the Philippines? Try the many Siargao spots!

The 7,107 Islands of the Philippines are located parallel to Indonesia. The quality of the reefs is similar, the climate is the same and the beaches are just as beautiful; it differs only in the consistency of the swells. The Philippines lies at the western end of the Pacific and has E swells that are generated by typhoons traveling along the East Asian coast from July to November. A deep water channel and better swell exposure make the Philippines an excellent wave theater. Discovered in the early 1980s, Siargao is a remote place surrounded by many unexplored islands reminiscent of Bali in the 1970s. Are you curious? Book your surf holiday in the Philippines right now!

In the 27km of the exposed coast of Siargao there are many world-class quality reefs. Some spots are represented by external reefs accessible only by boat. General Luna is a great place to stay during the SW monsoon and Pilar is even better during the NE winds. Cloud Nine is the more constant and higher quality right that, in perfect conditions, also gives a shorter left. It is a true small to medium swell magnet. It takes a while to get to this spot from General Luna but there are plenty of surf spots along the way. Tuason Point is one of these waves: a really strong left. Horseshoe is another spot you find on your way to Cloud Nine – this is a large peak. General Luna itself is rarely ridden but it is used as an indicator for the size of the waves in the other spots. Daco Island is only 4km south of General Luna, and it is home to a long and fun right-hand side called Barrio. You have to rent a boat to reach it. The other nearby islands are East Bucas, Casulian, Lajanosa, Mamon and Antokon. These waves are not really suitable for beginners but they don’t need exorbitant technical skills either. The spot to check during NE winds is Pilar , 1h30m by boat from General Luna. Here you will find two offshore reefs that have good quality waves. Pancif Reef breaks behind a couple of large rocks: it is a long and steady right that breaks gently and keeps waves that become double overhead (better at low tide). Nearby is Stimpys , a wild left that unwinds around a reef with really shallow water and therefore is exclusively for experts. The Pilar area is generally not as crowded as the General Luna region, yet the bay maintains good left waves that are best surfed during NE storms. With winds from the southwest drive north towards Caridad which, with a good size and high tide, reveals a perfect left. Further towards San Isidiro there is Pacifico , a long and fast left. The Philippines has little exposure to swells as the swell generator comes from typhoons traveling W-NW to Japan. They can form at any time, but from July to December is an excellent period that has its peak in the months of September and October. An estimated 15-20 swells in each season provide many days with E-NE swells and 3.2-8.5ft  in size (and with occasional 13ft days). The best time is during the SW monsoon from July to November when the wind is mostly offshore. After this period the wind changes and it blows towards the northeast. The NE monsoon brings only small swells with onshore winds. The May-June transition period sees winds blowing from South to East, where the sea is usually flat. The tide range is minimal but most of the shallow reefs are best surfed at medium-high tide.

How to get there : Most nationalities receive a free 3-week visa at arrival. 59 visa days cost $ 35 and must be required before the arrival in the country. Most visitors arrive in Manila. Cebu is the closest airport to the waves. Reaching Siargao Island is a mission. The most usual transport is a night ferry or 4h by catamaran to Surigao City (flights are not safe with the boards) followed by another 3h by boat to Dapa and finally 30min by bus to General Luna. Boarding fees are around $ 20.

Getting around : The Jeepneys (local buses) are safe and frequent for travel between General Luna and Pilar as well as for reaching all the villages. The spots are easily accessible on foot but if you are staying in one of the surf camps, you will need to ask a guide to take you around. Always bring some money for boats (cheap and very numerous).

Climate : The Philippines has a warm tropical climate all year round with days above 30 ° and nights rarely below 25 ° C. The intensity of the rains varies according to the area: the more you go south and east, the more intense they will be. Generally the year is divided into three seasons: the hot season from March to May, the rainy season from June to November and the cold season from December to February. There are two monsoon seasons: one from May to October with the monsoon from the southwest and the other from the northeast from November to April. January is the coldest month while April is the hottest.

Nature and Culture : Fishing and diving are both excellent activities. It is full of undiscovered spots yet to be explored in the remaining Philippine Islands. Siargao has natural hot springs near Lake Maint and giant caves on Hikdop Island. For nightlife go to Los Ninos Locos in General Luna.

Dangers and annoyances : The Philippines is experiencing a period of political instability. There have been problems with foreigners in the southern part of the country, making it a dangerous place to visit, so check the latest news before you leave. Siargao is hard to achieve. There is a small band of quite competitive local surfers but most of the surfers are foreigners. The spots are never too crowded as surfers move towards the different spots. There are rainfalls, intense heat and malaria.

Tips : Bring your own equipment, including a semi-gun. A guy named Neil Berte repairs boards in Siargao. Filipinos are usually very friendly, but in Cloud Nine, you can find some localism.