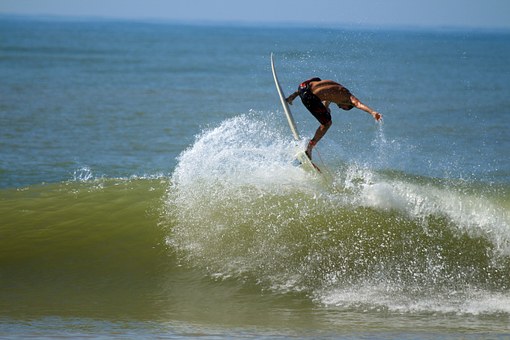 Surfing in Indonesia: the waves of Sumba

The eastern part of Nusa Tanggara (NTT) is, in several respects, very different from the rest of Indonesia. NTT includes 566 islands, of which only 42 are inhabited and most of the population lives on the 3 small islands of Timor, Flores and Sumba. It is geographically, ethnically and culturally a border area where the transition from Asia to Australia and Micronesia takes place. Deep offshore channels between the islands allow swells to hit the southwestern face of Sumba, creating perfect waves that break into the seafloor made of dead coral and volcanic rocks. Sumba isn’t suitable for everyone as the food and accommodation are basic and the mixed ethnic population speaks 3 different languages. Giant megalithic tombs and thatched huts dot the landscape. Book your surfing holiday in Indonesia now, Sumba is waiting for you!

Pero Right is difficult to reach, due to the nearby cliffs: you may find sections with “dead-ends”. The west end of the island is generally best during the dry season when winds blow cross or offshore and it is dominated by lefts. Facing the rivermouth, Pero Lefts can be excellent as the swell strongly breaks on the large bowl forming large tubes. The reef at Wainjapu consistently produce long lefts as long as there isn’t too much direction from the west in the swell. Explore the east side for some quality reefs. Pantai Marosi is a big right that breaks with swell from the southwest. Nihiwatu is quite a unique wave in Indonesia. This famous left works with all sizes, the bigger it is the better and faster it gets: it is very demanding at low tide. There is also a reef that sends right waves at the end of the beach which works during the quieter days. You should check the rivermouth in Wainukaka during the rainy season and it is almost always ridden at high tide with quality rights and lefts over a constantly changing seafloor. Just a 3 hour drive from Waingapu, Miller’s Rights in Tarimbang is probably most popular wave in Sumba and the line up is often crowded from May to September. It is a wave suitable for intermediate surfers and those who want to improve. Waves can be a bit erratic in SE winds, but they break all year round and they are usually cleaner in the mornings and during the rainy season. Big waves can be found in the offshore location called Mangkudu Island, where lefts can reach 16ft. The Office is a very soft wave, suitable for most surfers as it offers quiet and fun sessions in front of wonderful nature, with the addition of a great beachbreak on the inside. During the dry season (from May to October) the swells of the Indian Ocean can reach 13-16ft with SSW-WSW direction. The prevailing winds are from southeast, they blow out of many exposed spots, especially from June to September. Unlike Bali, the trades don’t blow constantly during the day, rather there are windy periods and others when the wind is completely absent. Of course the winds get stronger as the day goes by, but sometimes thunderstorms can change conditions, delaying or anticipating glassy days. You have to expect many days with 6.5-13ft with windy line-ups. Thanks to the deep ocean channel and exposure to direct SW swells, Sumba is generally more consistent than the rest of Indonesia. It is precisely for this reason that the wet season (from November to April) is also an excellent period to consider more friendly conditions in the right of Tirimbang, Wainukaka or Mangkudu. Nusa Tanggara has many extreme tidal variations compared to the rest of Indonesia which vary from day to day, reaching up to 8ft.

How to get there : It is possible to get a 30-day visa for $ 25. From Bali, there are nearly daily flights to Waingapu (WGP) offered by Trigana Air, Pelita Air or Merpati Airlines; There are also flights 3 times a week from Denpasar or Kupand to Tambolaka (TMC), located between Waikabukak and Aaikelo.

Getting around : This mountainous island stretches over 210km along the NE-SE axis, and it is approximately 40-70km wide. Walkabukak and Waingapu are about 137km away, a distance of about 3 hours by bus. It is recommended to rent a car or a van as public transport isn’t very efficient. 1h boat ride costs $ 18.

Climate: Nusa Tenggara has a semi-arid climate characterized by low rainfall during the SE monsoon season (from April to November). The western part of Sumba is much more humid than that to the east. Temperatures range from 30 ° -35 ° C in the coastal areas, and from 15 ° -17 ° C in the mountain areas. The rainy season extends from December to April, while the dry season from May to November: in most coastal areas, there is not even a precipitation most of the year !!! The water temperatures are high throughout the year, so a swimsuit is enough to surf.

Nature and Culture : Sumba is well known for the Sandalwood plant, horses, megalithic tombs and hand-made textiles by women. The most spectacular ceremony is the Pasola, a ritual flight with spears that identify hundreds of knights.

Dangers and annoyances : The cuts in the reef are guaranteed. The secret is to anticipate, as some spots work with specific conditions and getting from spot to spot takes time and it is boring on the street. Protect from malaria.

Practical advice : 24m Moana and 23m Sama Sama are the boats that run out of Kupang, West Timor and also reach Sumba. Until November, the cost of accommodation on these boats is $ 2000 for 12days / 11nights (min6pax). Bring 1 or 2 guns during the dry season and as many supplies as possible. 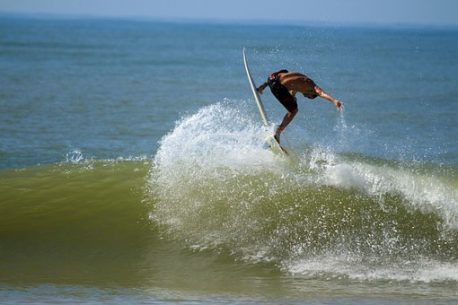