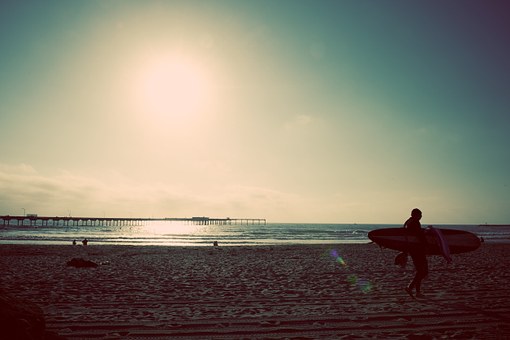 Surf in Australia: explore the sunny Sunshine Coast with us!

An hour drive from Brisbane lies a long stretch of coastline of unspoilt beaches and tropical landscapes with brilliant watercourses and exciting cities. There are dozens of “sunshine coasts” but this is The Sunshine Coast per excellence, Australia’s northernmost stretch of reliable surf and home of the fabled right points of Noosa Heads. Noosa has become an elegant resort with boutiques, bars and restaurants, surrounded by tasty tropical restaurants and National Parks. Heading south down to Caloundra there are lots of modern tourist towns and miles of golden sand beachbreak, broken only by a couple of cliffs. A trip in a 4WD over 80km(50mi) takes us to Double Island Point and the wild landscape of Fraser Island. It takes few time to get from Rainbow Beach to Fraser Island, the largest sand island in the world and probably the largest surf spot in Queesland. Surfing in Australia? Yes, on the Sunshine Coast!

There are two right-hand points: Waddy Point and Indian Head , both highly dependent on their sandbanks. Seventy-Five Mile Beach 120km is straight with some good sand peaks except near the shipwreck. In the mainland, Double Island Point is surrounded by waves: usually long rights near the lighthouse and occasional lefts in the beachbreak. The possibility of encountering the numerous sharks is high. Not very crowded due to its difficult access.

Local tour operators can provide the necessary 4WD transportation. The Cherry Venture shipwreck may be the exception to close-outs along the crowded beaches near Cooloola National Park. Noosa became a surf Mecca in the 1960s, so expect a heavy crowd, especially during cyclones.

The following 5 points differ a little bit from each other; First point is small and quiet suitable for beginners. Johnsons is slightly bigger and faster but still easy. Boiling pot is the outer section of the National Park, which decreases in size as it heads towards Johnson’s. Tea tree is the local favorite point which it’s uncrowded, while located within a 20min walk in Noosa National Park. Steeper and faster than the other spots, especially at low tide when there is more chance of tripping over a sea urchin. Granite Bay shows the largest sizes and rarely equals others in its perfection.

According to media Noosa is classyfied as one of the 4 best longboard waves in the world and this is why the Noosa Surfing Festival is celebrated in early March. This spot is perfect for both beginners and experienced surfers as regular swells roll into the north face of the bay creating perfect 2-8 ft waves in the Southeastern and Western offshore wind. With a long walk through the National Park you escape from the crowds to reach Alexandria Bay which has constant beachbreaks with waves of all kinds.

It is also accessible from Sunshine Beach, another swell magnet with powerful peaks in the lee of the northern headland. From here the coast goes straight to Coolum, with many access routes leading to beachbreaks like Peregian Beach . The large sand barriers in Coolum Beach enter the two Northeastern bays, covered by southern winds from Point Arkwright. On the way to Maroochydore, you find more powerful waves on Mugjimba Island , also known as Woman Island. The island provides a rocky base for strong lefts and rights breaking up at the end of the island. Most surfers rent a boat as the 30m rowing back is tiring and dangerous as the water is full of sharks. Maroochydore is the largest center in the Sunshine Coast (125,000ab) incorporating some walled beachbreacks. Avoid the crowds in the central beaches by checking out places like Pin Cushion behind the caravan park. In small swells The Pluff is an unforgettable right-hand point that gets full of longboarders in the water and tourist on the beach. Point Cartwright protects from the Southern winds and it’s perfect for right-handed point challengers who close in breakwalls. Surfing becomes less crowded and more powerful towards Wurtulla and Long Track in Currimundi lake Conservation Park. The further south town Caloundra has 8 different spots facing both north and south. Removed the peaks of Ann Street , The reef has the premier wave breaking with offshore wind and with nasty power. Moffats is a long friendly right point. On the South of the country, Kings Beach have good beaches, and Happys offers long, full lefts off the Pumocestone Passage.

The main 2-8ft swells are created from December to March during the NE tropical cyclone in the Coreal Sea. There are about 2-3 cyclones per month and they can last 3 to 7 days. However it is not so predictable for Antarctic depressions. If the cyclone is too close it makes the surf rough and bumpy. The winter of the Southern Hemisphere produces 2-8ft swells from SE in the most exposed spots to East and Southeast. The best winds (SE-SW) blow from May to August, which unfortunately It’s not the cyclone season. From January to April winds are not bad with a predominance of the East and South direction. The worst period starts in September with a lot of northern winds on the eastern and northeastern coast but begin to improve in December. Here the spots are better during high tide and pointbreaks during low tides. Tides can reach 6.5ft so get a tide table.

How to get there : Most of international flights arrive in Sydney, but Brisbane is only 1hr from Caloundra. Sunshine Coast Airport is only 30 minutes from Noosa with daily flights from Sydney ($150) or from Melbourne ($220) . Suncoast Pacific is the most used company from Brisbane to Noosa (It costs $ 10 a / r). There are no boarding rates.

Getting around : The highway is efficient, free and runs along the sea while The Bruce Hightway is faster but 15km from the coast. Double Island Point and Fraser Island require a 4WD. Rent a car in Brisbane ($ 25 / d). In Noosa you can get by bike or by foot.

Accommodation and food : There are only two budget hostels in Noosa (Koala: $ 20 / double, $ 10 / dorm), all other places are luxurious hotels and their prices range from $ 60 / night up to the Sheraton’s $ 200 / night and more. In the other cities it is easier to find bargains. Avoid the high season and book in advance. You can spend $ 10 for a decent meal or go to a fast food restaurant for less.

The Climate : The Sunshine Coast enjoys a warm and subtropical climate with lots of precipitation in the rainy season. The variation between summer and winter is minimal. Winter varies from 12-21 degrees, while summer (from December to February) varies from 17-28 degrees, in spring (from September to November) and autumn (from March to May) temperatures vary from 13-25 ° C. There is no need for a wetsuit from October to April while a mid-season wetsuit is needed from May to September.

Nature and Culture : Visit the underwater world in Moololaba, the Glasshouse Mountains, the Australian zoo.

Risks and hassles : Australians suffer from the highest rate of skin cancer in the world, so take extra cautions. Avoid dead octopuses on the beach and jellyfish. Shark attacks, especially near islands, often happen during cloudy days and hot summer days.

Tips : Longboards in Noosa cost around $ 400-450. Take a surf lesson organized by Learn to Surf or Wavesense. 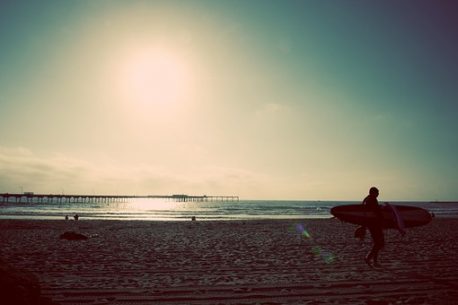