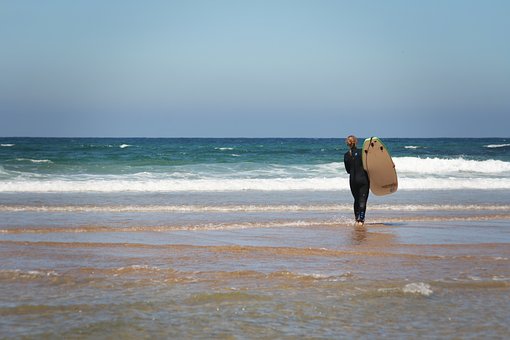 Victoria is a state in southeast Australia, surrounded by the angry Bass Strait and Tasman Sea, but perfectly located to receive waves from the Southern Ocean. The Great Ocean Road tortuously tangles cliffs overlooking an eroded limestone coast, an unspoilt and uncrowded environment made up of a great number of beaches, cliffs and pointbreaks. A perfect place for your next surf holiday in Australia!

Since the 1960s Torquay and Bell’s Beach have been home to the leading surf clothing brands such as Quiksilver and Rip Curl, and they represent the place where the longest running race takes place and where you can find the only National Surf Park on the planet.

Victoria offers several quality spots such as Wilson’s Promontory, Philip Island and Mornington Peninsula, but The Great Ocean Road is the main hub. This 340km(210mi) scenic drive West of Melbourne is a dream for surfers as it passes the many right point breaks that line both sides of Cape Otway. The West side of Cape Otway collects any kind of swells: if these are small, check out Johanna’s powerful beachbreak. This spot is very crowded in the summer. Be careful as the waves could grow tragically all of a sudden.

Further west there are Port Campbell ‘s Easter Reef with its large waves that can reach 19ft and more. On the east side of Cape Otway, across the wonderful National Park,there is Apollo Bay, right near the harbor. Kennet and Wye River both offer fun waves at the mouth of the river. The problem comes in Lorne (especially in the summer), a popular vacation resort. In the major Southeastern swells with Southwestern winds, Lorne Point will offer super long rights but only in particular conditions: this wave is very erratic. Cathedral Rock is also inconstant because it needs big waves to break the big rights, mostly surfed by locals. Anglesea is a typical coastal town that has some great beachbreaks. The next stop towards the North is the famous Bell’s Beach : a classic and constant right-hand point that breaks with almost all kinds of tides, winds and waves. It is a long wave that breaks into 3 sections (which together form a huge wave) that starts from Rincon , continues in Bell’s Bowl and ends on the shorebreak. Then, there is Winkipop: a long and fast pointbreak (with very shallow waters) that can handle solid swells. Boobs has rare lefts and Steps has very fast rights: both work with small swells. Bird Rock is a short right on a reef ruled by locals (dominating the line up).

Near the busy town of Torquay there is Jan Juc, a satisfying but constantly crowded beachbreak, which you should avoided at high tide. Torquay is the surf capital, here there are: surf brand industries, surf museums and some good spots. The 13th beach is full of peaks that become empty with northeastern winds and the incoming tide. A quieter alternative is Point Lonsdale , with beachbreaks all around. The South-West part of the coast can become giant with possible waves from West and South up to 16-19ft. These waves become more affordable when taken at Cape Otway, on the Southeast coast, where the waves become cleaner and tidier. While they get smaller, in places like Bell’s they still remain large. The prevailing western and southwestern winds will be cross / offshore on this side. Tasmania blocks Victoria from Southeastern swells. The prevailing westerly winds tend to blow from Southwest in summer and Northwest in winter. The tides can vary from 8 to 9 ft by varying the waves and their quality.

How to get there: All nationalities require a valid except New Zealand. Melbourne is an 1h flight from Sydney or a 900km drive. From Melbourne, Torquay can be reached by a 120km drive (via Geelong).

Getting around: The Great Ocean Road is a spectacular drive looking limestone sculptures in the direction of Port Campbell. Renting a car costs approximately $ 25 per day.

Accommodation and Food: Full of low-cost backpackers around $ 10 per double. Good options are Nomad’s at Bells Beach ($ 10 per night) or Anglesea Backpacker. A room in a motel costs from $ 25 per night; the Surfcoast Retret is recommended. Food is quite cheap. A good meal costs around $ 10.

Climate: South Victoria has the coolest weather in Australia, but not the wettest. Weather is very unstable. Avoid the period from June to August. The change of season could be pleasant even if you have to be prepared for the cold and gusty winds. Summer (from December to February) is dry and hot, with temperatures reaching around 22 ° C. The water temperature rarely exceeds 20 ° C, while in winter it goes below 13 ° C. We recommend using a 4/3 mm wetsuit for winter and a 3/2 mm for summer.

Nature and Culture: Visit the 12 Apostles and Cape Otway National Park and the Surfworld, considered as the best surf museum in the world. Take a hike to Point Addis and the kangaroo reserve. Vittoria is home to Australians’ favorite beer.

Dangers and Annoyances: There is nothing to worry about, it’s away from strong currents, crowds and reef cuts. The shark danger is low.

Tips: Strapper shop in Torquay or Surf & Fish in Apollo Bay have a great reputation and have shortboards from $ 230 (or $ 290 for a gun).