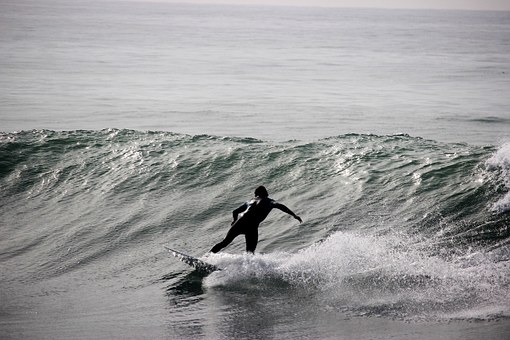 Enjoy a fabulous surfing experience in West Timor, the Indonesian part of the island!

Shaped by the chain of mighty volcanoes that stretch out in front of Sumatra and Java, the 550 islands of East Nusa Tanggara differ widely from Western Indonesia. Hot and dry winds blowing from Australia create an arid landscape in direct contrast to the tropical rainforest typical of Indonesia. With Independence in May 2002 and geographic isolation from the main Indonesian surf hubs, West Timor has been like a paradise for surfers trying to escape the crowds of Bali. Hidden from underlying Australia with its SW corner overlooking the swells of the Indian Ocean, Timor lacks potential compared to the rest of the Indonesian Archipelago. But, following the typical Indonesian fashion, the smaller islands could hide the best surf breaks and Rote, Savu are no exception. Go on a surf holiday in Timor now!

More than 100km west of Rote lies Pulau Dana, which has been uninhabited since, according to legend, all of its inhabitants were murdered in the 17th century. It is a long cooing left pointbreak with a few rights that break with all the swells: here only live turtles. Near Savu, Raijua’s Wedge is a classic left on the SW end of the island. Halfway between Rote and Sumba, Savu is definitely off the beaten path and the locals aren’t too exposed to Western culture. During big swells, Savu Right , considered to be the best right in the area, will deliver long tubes of a couple of meters. Savu Left , in the east end of the same dead coral, sends left waves with fast sections. Rote, which lies just outside Timor, is the  most southern island of Indonesia. Some spots are located on the offshore islands but require a boat to reach them. Ndao is only 10km from Rote, people here are different and speak their own language. The waves are fast and steep but not popular because they are erratic and tormented by strong currents. Further to the left there is Do’o (facing almost north), which usually start working before and after the surfing season. Baa is the main town of Rote, but Nemberala Beach, with its reefbreak and white sand, is the place to go surfing and where you will also find tourists. The local spot, T-Land , is a constant left with 3 sections which, on perfect days when they connect together, offer 200m of ride. This fun wave could go up to 16ft! When the swell is small, a 30 minute bike ride will take you to the Peanuts and Boa reef. These 2 spots, breaking on very low reefs, also work with smaller swells and they are faster than T-Land. Ndana is a spot suitable all year round, as the right and the left look at each other, so one is always off-shore. It requires a swell of considerable size and the 20 m channel is the only one on the western side of the island.

Roaring Forties send handfuls of swells around 6.5-13ft from April to October but the swell “window” for the West Timor region is smaller than most of Indonesia. The direction of the swells is critical but the more the direction tends to west, the more recommended it is to head towards Australia. The SE wind starts in April, turns E-SE in August, then turns more S until October, which is still offshore for the west coast: spots should be surfed before 10AM. The off-season sees more winds from SW-NW which make the spots facing E work instead (which rarely break). The early periods of the season should be the best for a boat trip, before the winds start to blow harder, making navigation and anchoring more difficult. There is high and low tide every day and some spots only work during a particular tide range.

How to get there : A 60 visa days is free for most countries except Portugal. Fly from Bali (PDS) then Kupang (KOE) with Merpati ($ 180). They also fly from Darwin. Garuda doesn’t fly to Kupang, other Indonesian companies do it from Jakarta or Surabaja. Daily morning ferries connect Bolok to Pantai Baru ($ 1, 4h) then a 3 hour drive to Nemberala is required.

How to get around : Rent a bicycle, a scooter or go to Busalangaa or Baa to get a Bemo for a day (about $ 12 a day). Take a boat to reach the offshore islands. To go to Savu, take a ferry from Kupang (twice a week, 9hr, $ 2). Some ferry routes offer full crossing to Sumbawa, others only go around Rote.

Housing and Food : Rooms can cost around $ 3, losmen near Anugurah is near T-Land. For more comfort, cruise to Nemberala Beach Resort ($ 15 / double). Go aboard the 62ft (20m) Mahalo II (11 nights, $ 2,000) or the 57ft (18m) Queeyai Kaye (7 nights, West Tomor only). There are few places to stay in Savu. Beer supplies and nightlife are limited for travelers who stay in the land.

Climate : The dry season runs from May to October. In this period the temperatures are high (the average is around 30 ° C), but it is never too hot thanks to the influence of sea breezes and night drizzles. The months between November and April are the wettest ones, with the highest concentration of rainfalls between January and February (in this period it isn’t recommended to visit this area).

Nature and Culture : The Nemberala reef has various species of marine wildlife, so snorkel if you can. Look at the Ikats (textile fabrics). Rote’s straw hats are unique; don’t miss the opportunity to dance to the sound of Sasando. The 20-string chiratta is made with the palm tree. Animist rites are still held in Savu.

Dangers and Annoyances: T-Land is a quiet wave, until it gets bigger. Generally the other spots break strongly and close to the reef. A boat trip in this area guarantees fewer crowds. Some cases of malaria have been reported, ask your doctor about pills for prevention. West Timor’s independence in May 2002 helped the decrease of the tensions in this area.

Practical advice : Bring your shortboard, a semi gun for the big days in T-Land. Learning a little bit of Indonesian will help you get around. Respect local beliefs in Savu, no matter how weird they are!